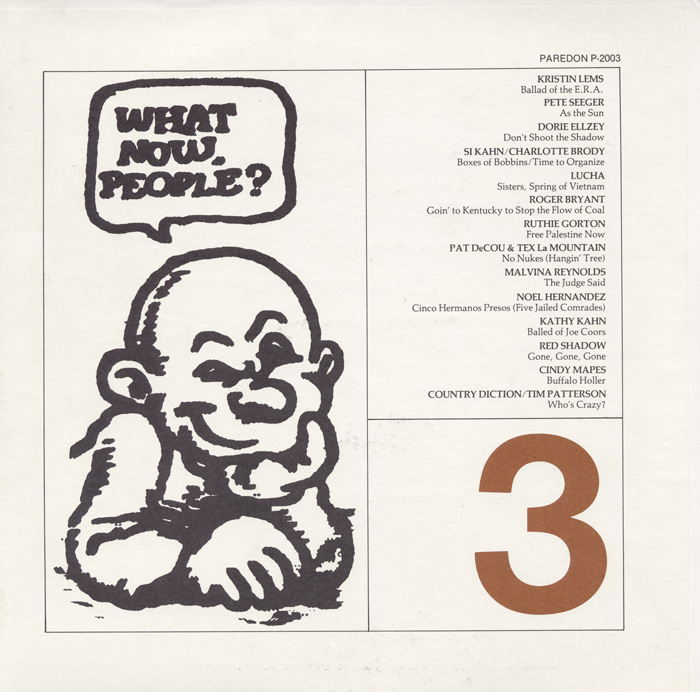 “Yes, struggles are being waged, people are joining in with their support, and we’ve got the songs to prove it,” writes Barbara Dane—singer, activist, and founder of Paredon Records—in the liner notes.

Issued in 1978, this was the third and final recording of the series. The artists in this edition tackle the social issues of gender inequality, imperialism, labor rights, Palestinian independence, nuclear weapons, and sexual assault. Song styles range from a cappella and acoustic folk to folk-rock and alt-country. Each song includes a written preface in the liner notes explaining the political context of the song.