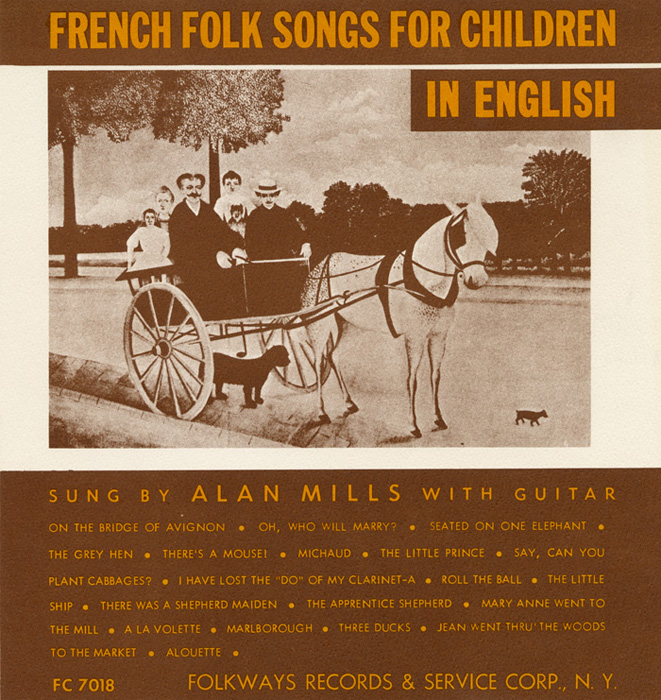 By popular demand, Canadian folksinger Alan Mills presents an English translation of the previously released French Folk Songs for Children (FW07208). The thirteen play songs about numbers, colors, days of the week and animals are accompanied by seven story songs that invite audience participation by young and old alike.