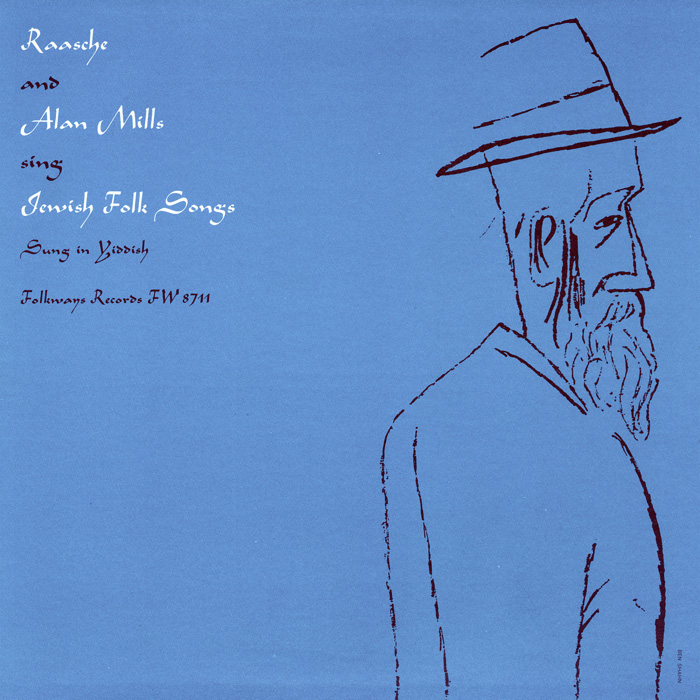 Raasche and Alan Mills portray the lives of the Jews of Eastern Europe through songs about love, work, and religion. The majority of the songs are sung in Yiddish, the dominant secular language of this community; two of them, religious in content, are sung in Hebrew. Alan Mills (1913–1977) forsook a career in journalism to become a prominent Canadian folk singer, actor, and the host of a folk music radio show for children. He can be heard on over 20 Smithsonian Folkways recordings, for adults and young people. Raasche (Raasche Rips), originally from Chicago, sang both classical and folk music, and recorded another album for Folkways (Jewish Songs of Europe, FW08712). Liner notes provide English transliterations of the original lyrics and, for about half the songs, English translations. Biographical information about Alan Mills and Raasche is also presented.