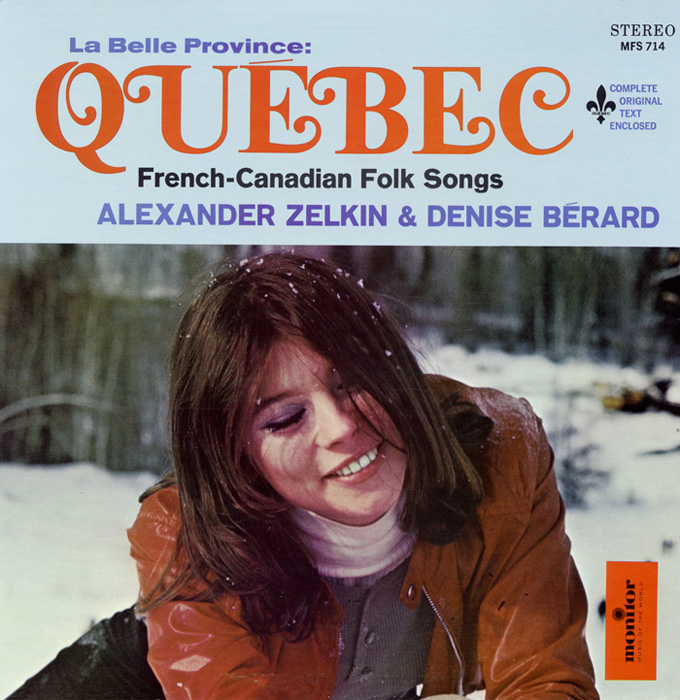 View Cart Custom CD $16.98
View Cart Digital Download $9.99
According to singer Alexander Zelkin, there was "an awakening of Québec's consciousness of its own culture" at the time of La Belle Province Québec's release, manifested both in the arts and political movements: Zelkin characterizes the province as tied to its French roots more than to Canada. The album, which was originally released by Monitor Records in 1990, features Zelkin and Denise Bérard performing modern arrangements of French-Canadian folk music, with instrumental accompaniment. The liner notes include both the French lyrics and Zelkin's commentary in English.