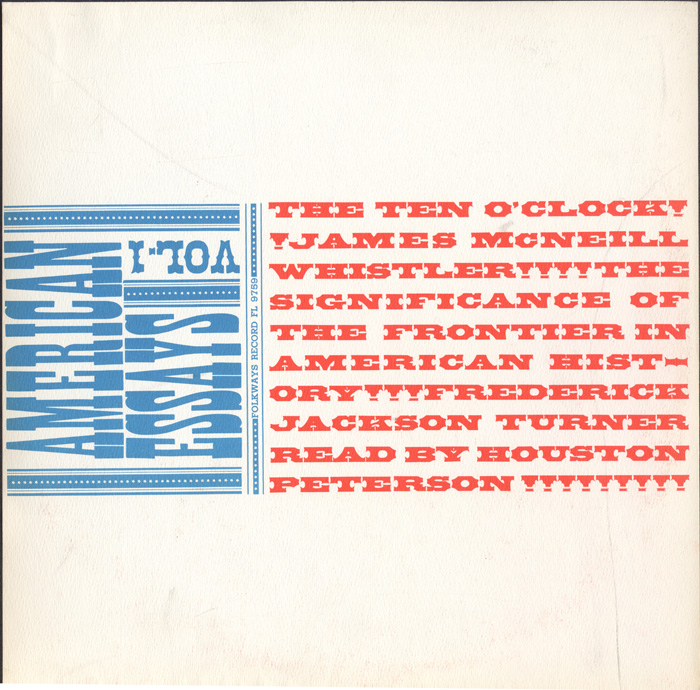 View Cart Custom CD $16.98
View Cart Digital Download $9.99
In 1960, philosophy professor Houston Peterson recorded two essays for Folkways: “The Ten O’Clock” by artist James McNeill Whistler and “The Significance of the Frontier in American History” by historian Frederick Jackson Turner. Whistler’s lecture/essay was delivered in 1885 in London and was a major statement on the subject of his own artistic ideals and intentions. Turner’s lecture/essay, given in 1893 in Chicago, advanced the thesis that the settling of the United States’ frontier shaped the American character—a thesis that remained respected in historical circles for many years. The texts of both essays are printed in the liner notes.