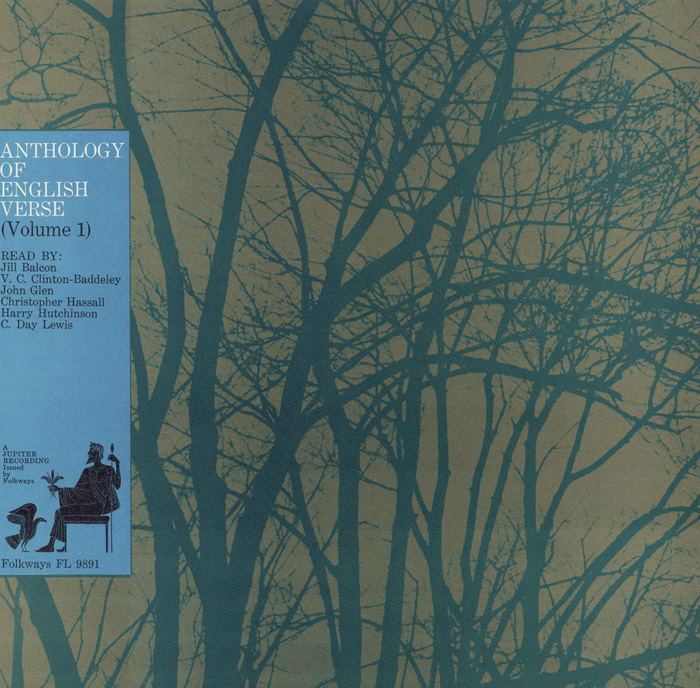 View Cart Custom CD $16.98
View Cart Digital Download $9.99
This first volume of the Anthology of English Verse is a lively performance of familiar poems, including William Wordsworth’s “I Wandered Lonely as a Cloud” and Edward Lear’s “The Owl and the Pussycat.” The poems are read by Jill Balcon, V.C. Clinton-Baddeley, John Glen, Christopher Hassall, Harry Hutchinson, and C. Day-Lewis. Harry Hutchinson’s reading of James Stephens’ “The Fifteen Acres” takes on a musical quality, as Hutchinson emphasizes the rhythmic and lyrical nature of the poem. Other poems feature stories of the sea and the biblical story of Eve. Liner notes include poem texts.