Argentina: Tritonic Musics of the North-West 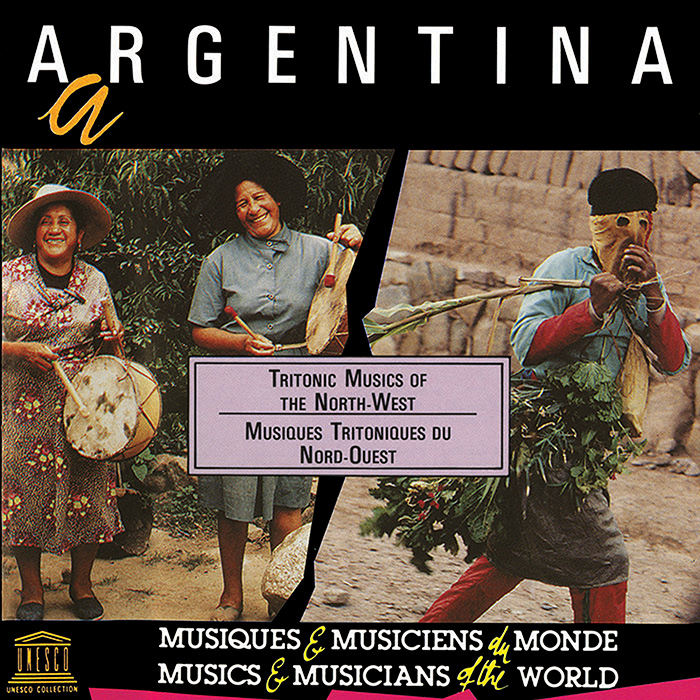 View Cart Custom CD $16.98
View Cart Digital Download $9.99
The early peoples of Andean northwest Argentina lost many of their cultural traits in the course of occupation by the Incas and colonization by the Spanish. But in vocal and instrumental music, they conserved the pre-Columbian tritonic system. The songs here, sung in Spanish, are striking in their indigenous character. The musical instrumentation consists of one or more cajas, a type of hand-held drum, and two types of horns, the erque and the erquencho. The large erque is traditionally made of sections of interlocking reed with a lateral mouthpiece and is typically played during the winter months.The erquencho, a rustic clarinet, is played during the summer months. The music was recorded during the annual carnival season in the summer months of 1988, and is reflective of the type of music performed at that time of year. The liner notes, in English and French, provide geographic and ethnographic background and detailed musicological information. This album is part of the UNESCO Collection of Traditional Music.