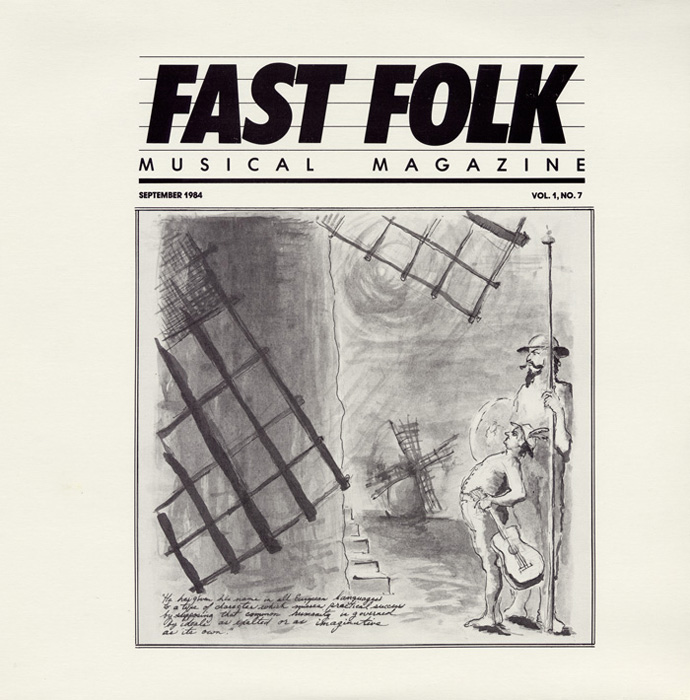 This baker’s dozen of folk songs reflects the performers’ concerns about the political direction of American society during the mid-1980s. Songs include “Monkey See, Monkey Do” by Josh Joffen, “Dance of the Knee-Jerk Reactionaries” by Left Field, “Always Wore the Colors of My Country” by Ned Solomon, and “My Father’s America” by Joe Virgo. British folksinger Dave Peabody sings the American traditional folk standard “Let the Good Times Roll,” and American Kirk Kelly sings about the plight of a British soldier in Belfast, Northern Ireland, during the “Troubles” (“I Pity the Poor British Soldier”). A 20—page facsimile of Fast Folk Musical Magazine is included in the liner notes.