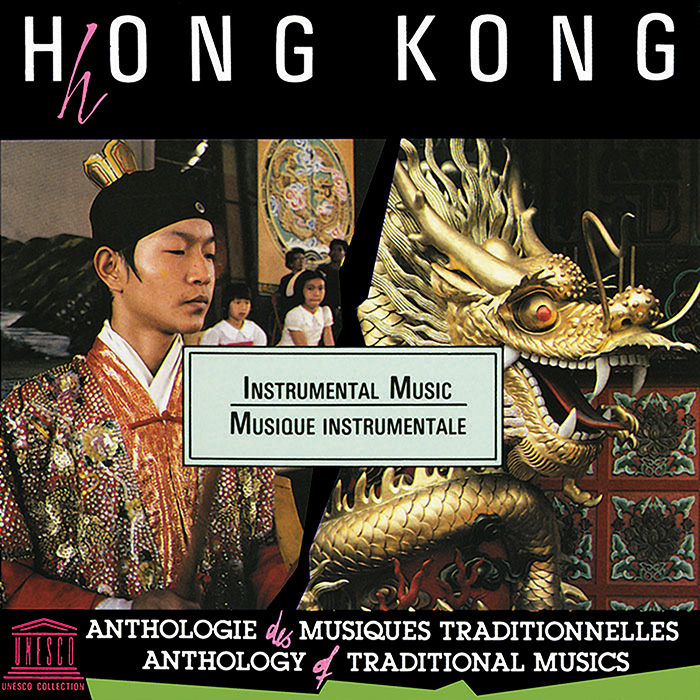 “The warrior takes off his battle armor” and “Graceful steps of a lovely lady” are two of the nine compositions in this collection, recorded in the British crown colony of Hong Kong several years before its return to China in 1997. The album features solo music and small ensembles, which are more typical of Chinese traditional music than larger orchestras. The eight instruments heard here—those most commonly used in such music—are the p’i-p’a (pipa), a four-string lute dating to Chinese antiquity; ch’in (seven-string zither); yang-ch’in (butterfly zither); shêng (mouth-organ); hsiao or tung-hsiao (vertical bamboo flute); ti or ti-tzu (transverse flute); êrh-hu (two-string violin); and chêng or ku-chêng (16-string zither). The liner notes feature Chinese, English, and French translations of the song titles, as well as a brief history for each track.