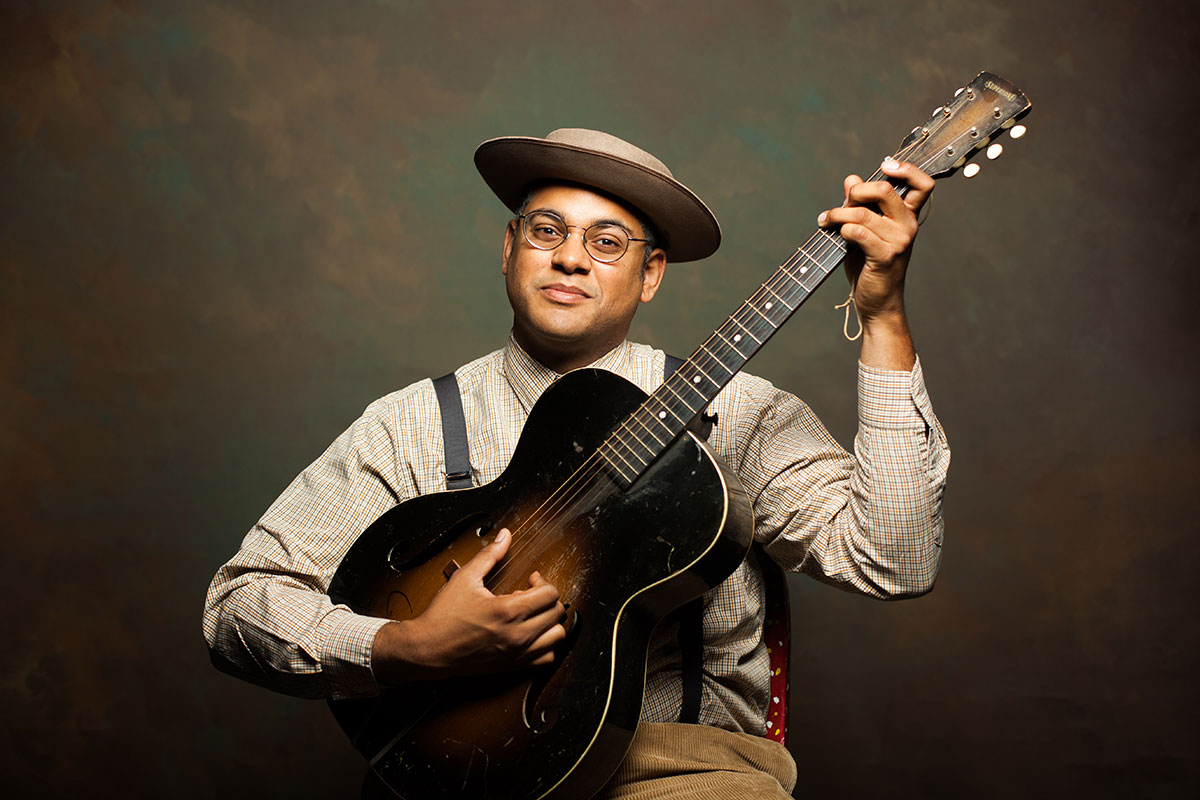 “[Dom] belongs to an era when music was not something to be sold, but something from the soul.”
—Jeff Tamarkin, AllMusic Guide

Black Cowboys is the new album from multi-instrumentalist, songster, and co-founding member of the GRAMMY Award winning Carolina Chocolate Drops, Dom Flemons. More than a collection of songs from the “Wild West,” the record sheds light on the prominent but often overlooked role African American pioneers played in westward expansion.

The first album of its kind, Black Cowboys takes the listener on an illuminating journey “from the trails to the rails” of the Old West. The 18-song set traverses a varied soundscape featuring string blues, old-time square dance music, and cowboy poetry. Flemons is joined by a celebrated group of backing musicians throughout the record, such as GRAMMY-winning bluesman Alvin “Youngblood” Hart, Jimbo Mathus (Squirrel Nut Zippers), and decorated folklorist and Folkways’ director emeritus Dan Sheehy, who co-produced the album.

From the first, plaintive line sung on the album opener, a field holler called “Black Woman,” it’s clear that Flemons’ relationship with this material runs deep. Indeed, in 2016, Flemons himself followed the westward path taken by Lewis and Clark and their slave, York, “crossing every original cattle trail and Indian trading post along the way.”

END_OF_DOCUMENT_TOKEN_TO_BE_REPLACED

In addition to the album’s re-worked traditional songs, Flemons includes original songs written specifically for the occasion. “One Dollar Bill” reflects on the portrayal of black cowboys in Hollywood Westerns, “He’s a Lone Ranger” tells the story of Bass Reeves (an escaped slave who became the first African American Deputy US Marshal west of the Mississippi), and “Steel Pony Blues” pays tribute to Nat Love, the former slave turned Pullman porter who spent time as a rancher in Flemons’ native state of Arizona.

Flemons is also a historian, music scholar, and collector. He has long carried a torch of awareness that many traditional American songs and tunes in fact originated from, or were influenced by, the musical and storytelling traditions of African Americans and Native Americans. Flemons illustrates the complex cultural exchange that happened on the frontier in the 40-page liner notes booklet, reminding us that the American West was a much more diverse environment than old Western films and dime novels would have us believe. On his rendition of “Home on the Range,” arguably one of the most celebrated Western songs of all time, Flemons explains that the popularized version came from a variant recorded in 1908, sung by a black bartender in San Antonio.

Flemons’ love of cowboy songs and history traces back to his manifold familial connections to the region in which he was born and raised. His grandfather worked as a preacher and sawmill laborer in the same Arizona town Nat Love called home, and after emigrating from Mexico, his maternal ancestors became civil rights leaders in Arizona. A decade ago, after serendipitously coming across the book The Negro Cowboys on a road trip from North Carolina to Phoenix, Flemons began immersing himself in research and interviews on the subject. After his first experience at the National Cowboy Poetry Gathering in February 2016, he was inspired to bring his passion for this material into the studio, and began recording Black Cowboys two months later.

Though extensively researched and likely educational for many listeners, Black Cowboys is much more than a history lesson. It’s a collection both plaintive and upbeat, which evokes the familiar nostalgia for the Old West without sacrificing the truth of the matter. With this recording, Flemons further solidifies his place at the contemporary forefront of the American song tradition, and presents an innovative blend of traditional forms with a modern sensibility for the 21st century.

“He’s a Lone Ranger” by Dom Flemons
From Black Cowboys 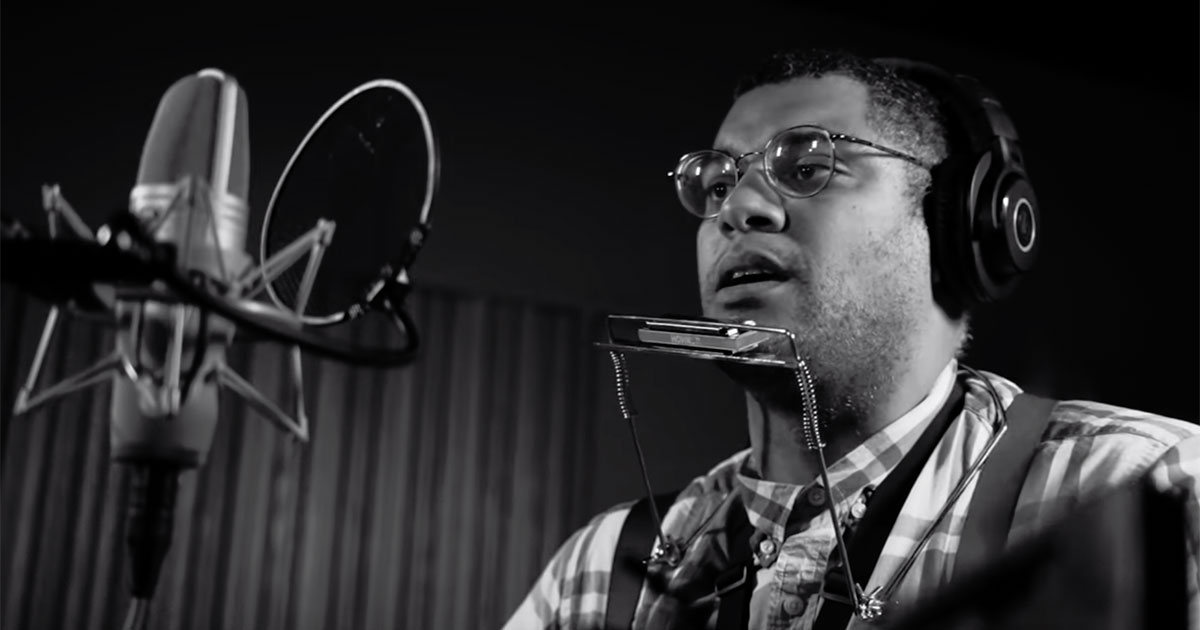 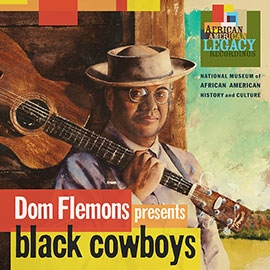