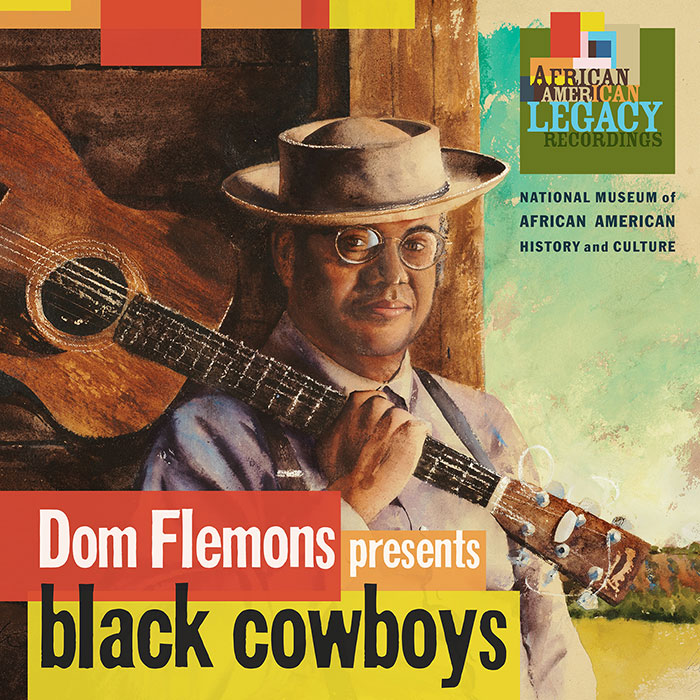 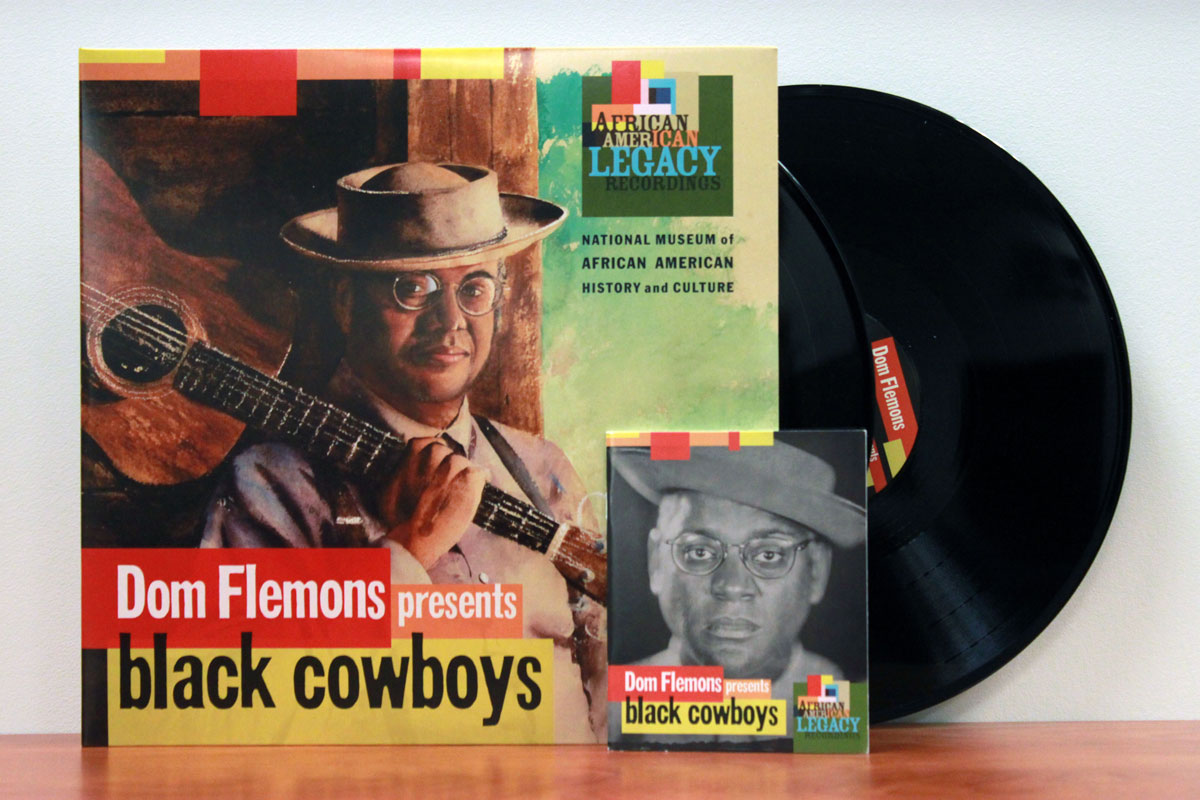 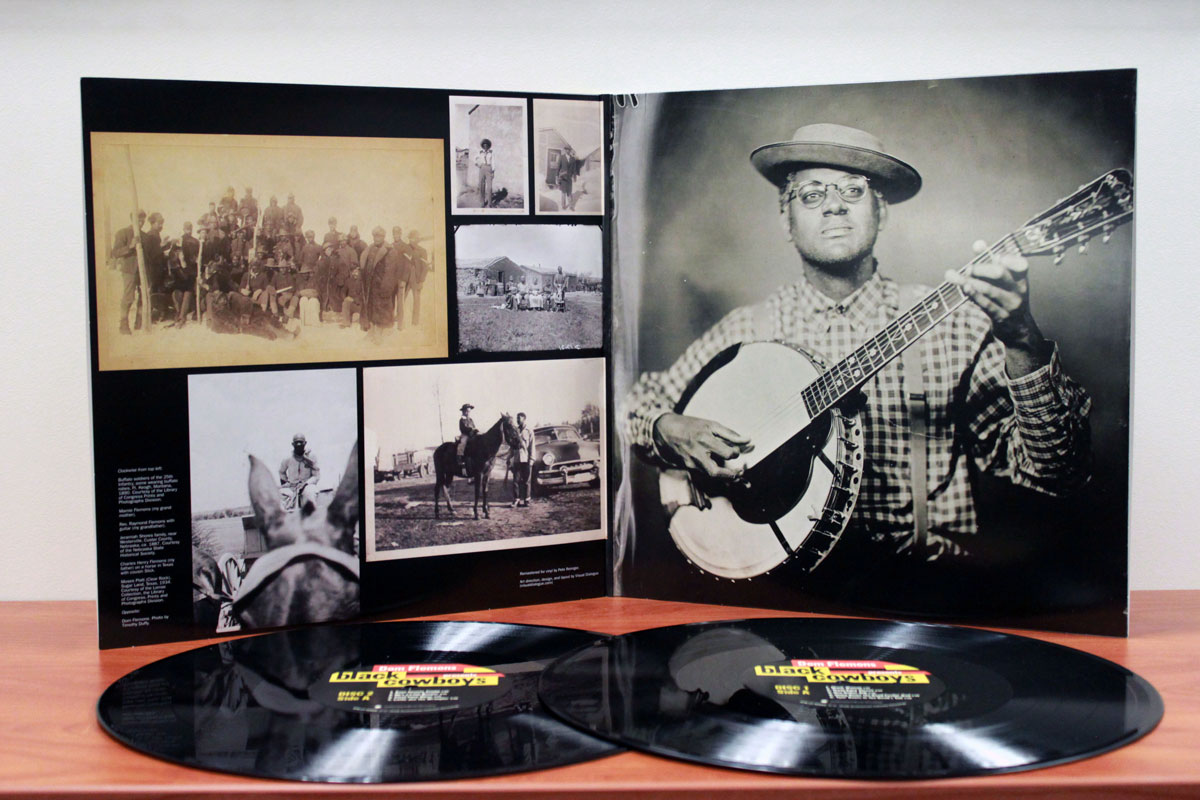 Dom Flemons presents Black Cowboys pays tribute to the music, culture, and the complex history of the golden era of the Wild West. In this single volume of music, the first of its kind, Flemons explores and re-analyzes this important part of our American identity. The songs and poems featured on the album take the listener on an illuminating journey from the trails to the rails of the Old West. This century-old story follows the footsteps of the thousands of African American pioneers who helped build the United States of America. 60 minutes, 40-page booklet with extensive notes and photos.

The limited vinyl edition of Black Cowboys is a double LP release presented in a gatefold jacket. The vinyl edition comes with a digital download of the album.