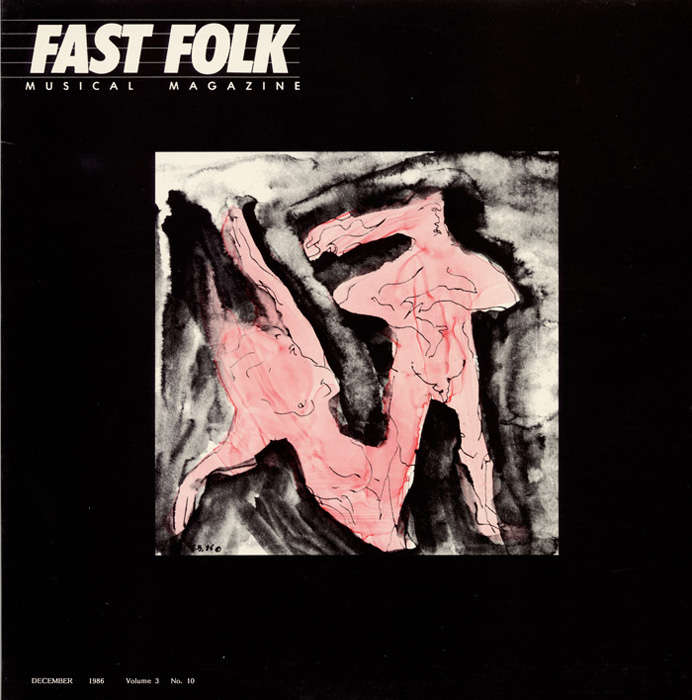 Fast Folk Musical Magazine was formed to serve as an outlet for the promotion of “noncommercial artistic music,” also known as American folk music. This December 1986 issue contains a number of hidden gems on its playlist. Headlining the set is the iconic folksinger Richie Havens (“Don’t Look Now”). Veteran Fast Folk performer David Roth leads off with an amusing song about the perils of telling a sweetheart what they should and shouldn’t do (“Should on You”). Other stand-out performances include first-time Fast Folk performer Michelle Shocked contributing a song about low-rent living in New York (“Cement Lament”), attorney turned folksinger (and later ordained minister) Fred Small with “I Will Stand Fast,” Jane Gillman playing dulcimer and harmonica and singing on “One Look Back,” and Lillie Palmer singing “Gone to His Head.” Closing the set is the acoustic group Left Field (“Until Just Now”).

The 22-page magazine contains an extended interview with Havens.