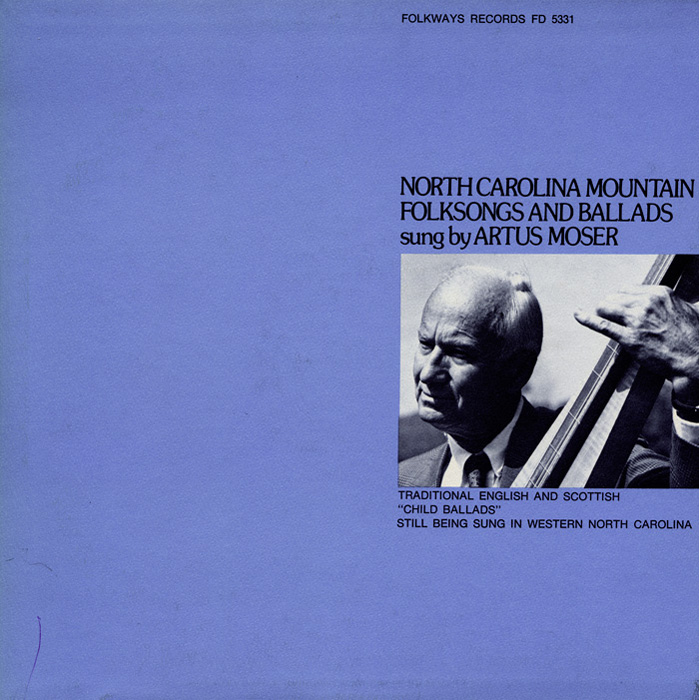 Artus Moser (1894–1992) was born and raised in western North Carolina. As a college professor, he began collecting Appalachian folk ballads, many of them from his students and their parents.

On this recording, his second for Folkways, his selections include English and Scottish ballads and songs originating in the North Carolina and Tennessee mountains. He accompanies himself on the Appalachian dulcimer, using a simple strumming style that supports and never overwhelms his singing.