Barbara Dane and the Chambers Brothers 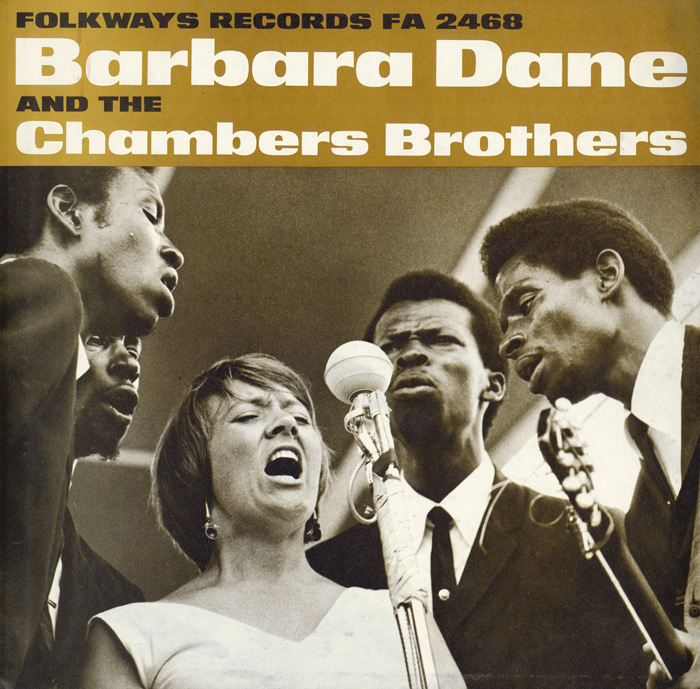 During the Civil Rights Movement, activist singer Barbara Dane collaborated with the then up-and-coming quartet The Chambers Brothers to record a powerful politically charged gospel album that spoke directly to the issues of the day.

The vinyl reissue of Barbara Dane and the Chambers Brothers, which includes a liner note booklet and digital download, is part of Folkways Records’ 70th anniversary celebration series, revisiting some of the most iconic and influential albums released on the record label. The vinyl album is also the companion piece to a new Barbara Dane retrospective: Hot Jazz, Cool Blues and Hard-Hitting Songs (also available February 16, 2018). Both are available as a bundle for a limited time while supplies last.