Summary
This lesson examines belly dance music, performed by Lebanese-American musician George Abdo, an example of music in Arab American communities during the 1970s. Students will learn about Middle Eastern music, its transformations in the United States, and basic forms of belly dance movement. 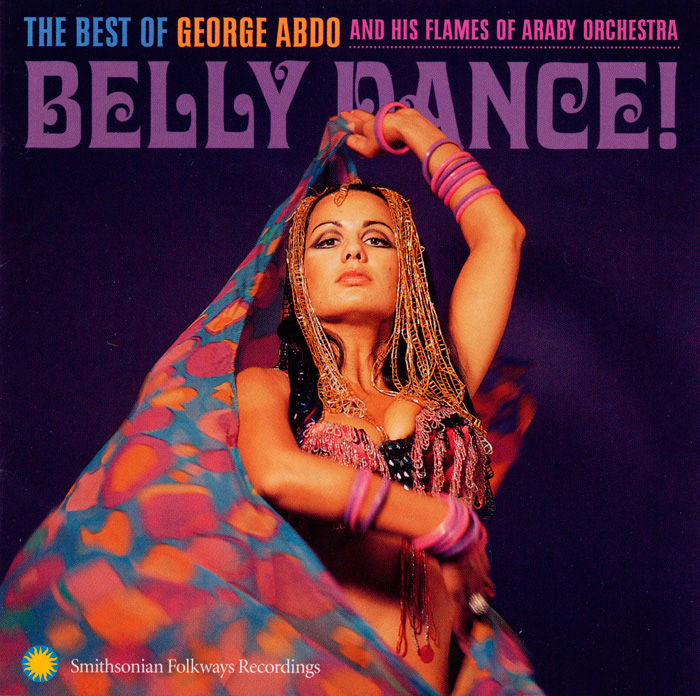 1. What is Arab American Music? 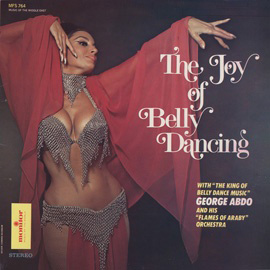 Extension:
If the instructor feels that such a discussion is appropriate, have students examine cover art from Abdo’s albums. What kinds of stereotypes about Middle Eastern culture do these images represent? Why do students think that these images were prominent during the 1960s and 1970s? How have more recent events (i.e. the 9/11 terrorist attack, the wars in Iraq and Afghanistan) affected American ideas about the Middle-East, Arabs, and Arab-Americans?

Assessment:
Do students know the geography of the Arab world and are they able to identify at least one city in the US with a large Arab American population? Do students understand the similarities shared between Arab peoples (e.g. language, food, music) as well as the differences between them (e.g. religion, country, culture)?

2. In Light of Civil Rights 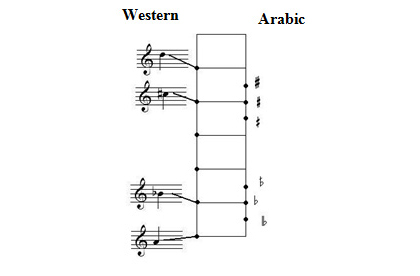 Extension:
If students have some understanding of the physics of music, explain that temperament is different between western and Middle Eastern music. Whereas western music uses equally tempered half steps (e.g. pitches demarcated with frets on a guitar), Arabic systems of music use microtones that fall between half steps. These quarter tones and their corresponding symbols are illustrated below. George Abdo’s ensemble tended to play in more western tuning for two reasons. First, it was more appealing to American listeners because it sounded more familiar. Second, because Abdo collaborated with musicians from various cultures who used various intonations, it allowed for a compromise and avoided confusion. If possible, using a piano as a pitch reference, have the students try to sing between half steps (such as C and C#). Students should not worry about the intonation, but rather try to feel a distinct pitch emerge in between the notes of a piano.

Assessment:
Are students able to play or sing the short excerpt? Are they able to articulate differences between Middle Eastern and American musical influences in Abdo’s work (e.g. use of instruments, timbre, pitch material)?

Assessment:
Are students able to count 8 beat patterns? Are they able to play the simple cymbal pattern along with the recording? 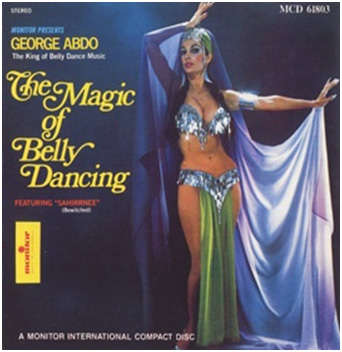 Assessment:
Are students incorporating basic movements while dancing to the music? Do their movements reflect the rhythms of the music? 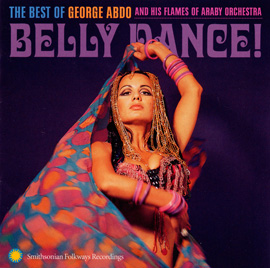 Belly Dance!: The Best of George Abdo and His Flames of Araby Orchestra
Allah, ya Lubnan (God, My Beautiful Lebanon)
Raks el Malek (Dance for the King)
Track 2 title