Steamboat `Round the Bend: Songs & Stories of the Mississippi 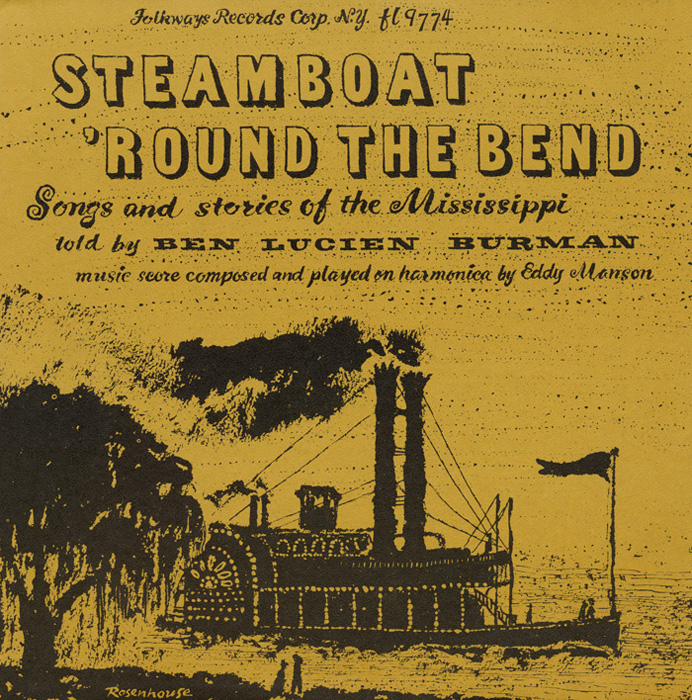 View Cart Custom CD $16.98
View Cart Digital Download $9.99
Author and journalist Ben Lucien Burman (1896–1984) brings together a collection of original stories and songs dealing with life and experiences on the Mississippi River. He tells of the origins of various folk songs, picturesque characters along the river, Captain Bill and his showboat, and “Judge Honey,” who referred to people appearing in his courtroom as “Honey”—hence the nickname. Harmonica player Eddy Manson (1919–1996) provides the musical background on this spoken word recording. Biographies of both performers begin the liner notes, followed by Burman’s short essay, “Music on the Mississippi.”