His Story Told, Annotated and Documented 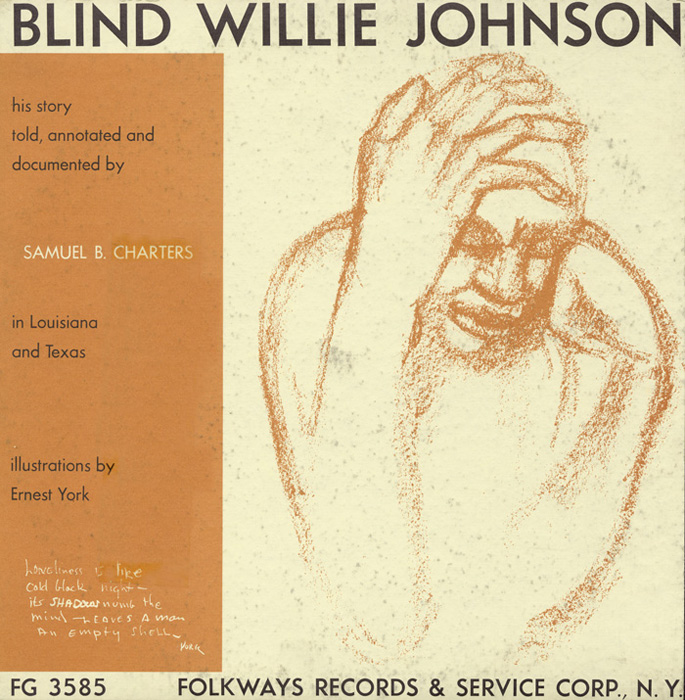 "Singing and begging are about the only two ways a blind man can make a living in farm country." Several years after Blind Willie Johnson’s death in 1949, Samuel B. Charters tries to get to know the now-distinguished African-American blues and spiritual vocalist/guitarist through those closest to him, including Johnson’s wife Angeline. The album combines old recordings, interviews and commentary.