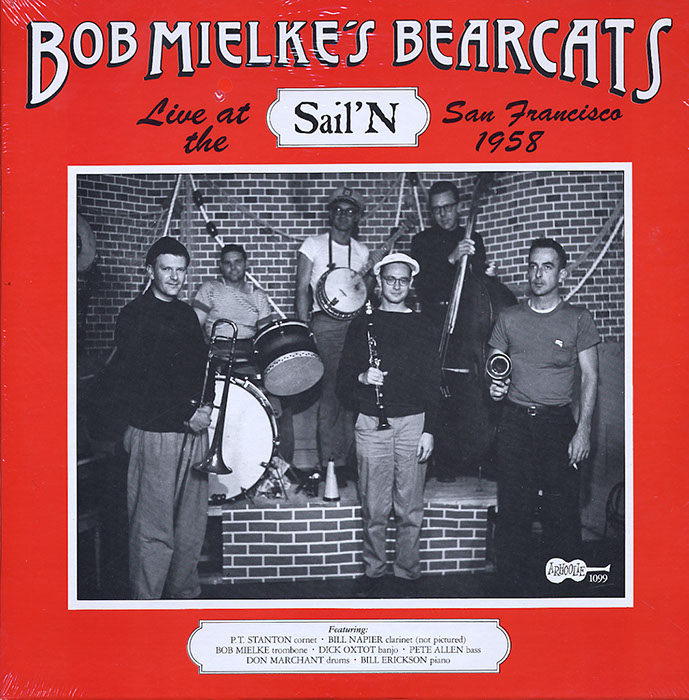 View Cart Vinyl LP $16.98
A 1950s-era jazz band based in San Francisco, the Bearcats were steeped in the music traditions of classic New Orleans jazz, flavored with a hint of swing. Composed of seven musicians, the Bearcats were led by trombonist Bob Mielke (1927–2020), who noted that the band was really a co-operative band. In 1958, Chris Strachwitz recorded the band at The Sail’N, one of their regular venues in the Bay Area. Although they were an active band during the ʼ50s, this is the only full-length album they recorded.