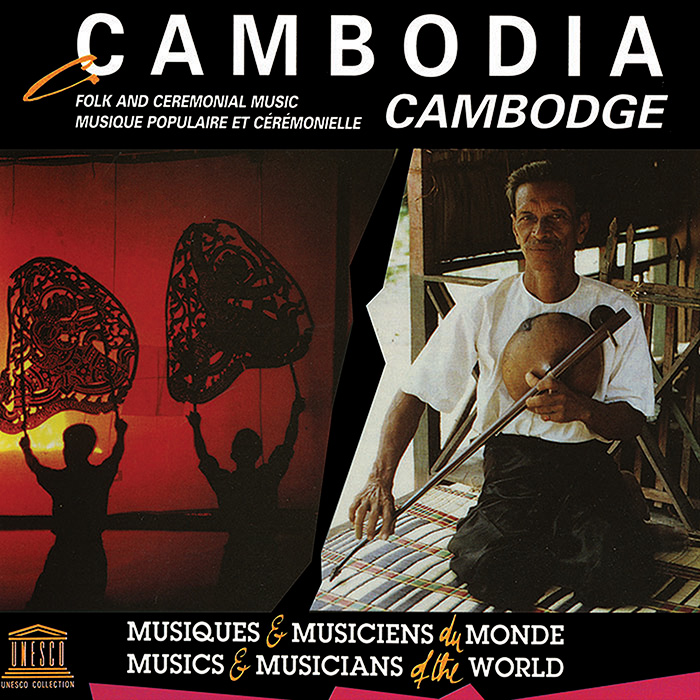 View Cart Buy Custom CD $16.98
View Cart Download $9.99
Traditional Cambodian ceremonial orchestras may be divided into two groups: those composed of string and wind instruments and those that are primarily percussion ensembles using keyed metallophones, gongs, and xylophones (pinpeat orchestras). This album, recorded between 1966 and 1968, features both. Historically, the pinpeat orchestras, often with several hundred musicians, performed ceremonial music for the Brahmins (the highest ranking caste) or the king. This recording captures the essence of the distinctive musical forms that have survived since the 11th century.

In addition, Master Srey-Yim performs solos on the tro khmer,a three-string bowed instrument, and thesadev, a gourd monochord, in a folk music orchestra. Also heard is the chapey, a two-string lute that is ideal for accompanying vocal improvisations because of its technical possibilities and the effects of attacking the strings in different ways. The album includes music for weddings, boxing matches, and shadow theater.