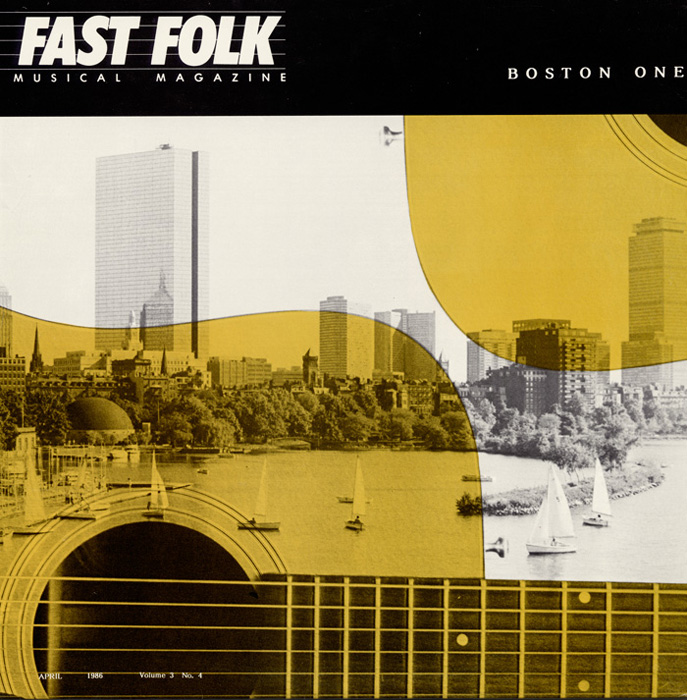 New York–based Fast Folk Musical Magazine heads to the Boston area for two recordings at the Nameless Coffeehouse in Cambridge in early 1986. Beginning with Tracy Chapman’s “For My Lover” and ending with Talitha Nelson’s a cappella (and probably semi-autobiographical) “Ballad of a Female Shanty Singer,” this release finds the local folk music scene to be alive and well. Leo Kretzner’s “United Tool and Die,” a song about unemployment in the auto industry, still resonates, and Marian Streetpeople and Barbara Herson have fun with “Everybody Needs a Hug” (even President Ronald Reagan). A 20–page facsimile of Fast Folk Musical Magazine is included.