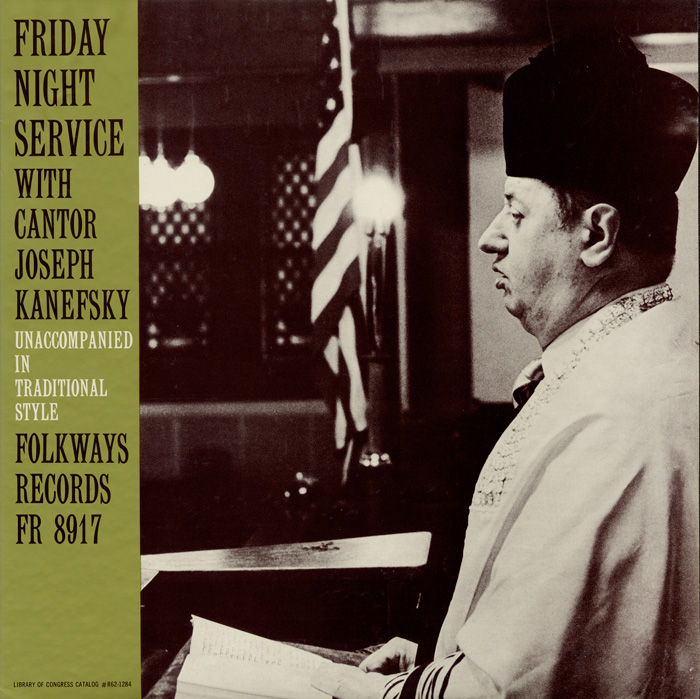 Cantorials are musical settings of prayers and other liturgical selections used in Jewish services and sung by the cantor, often with elaborate embellishments and flourishes. In his second recording on Folkways, Cantor Kanefsky performs the Friday night service cantorials unaccompanied, consistent with traditional practice. Most of the texts are biblical, praising the Lord. Cantor Kanefsky sings in the Ashkenazi dialect of Hebrew, traditional in Eastern Europe and spoken widely among Jews in the United States prior to the second half of the 20th century.