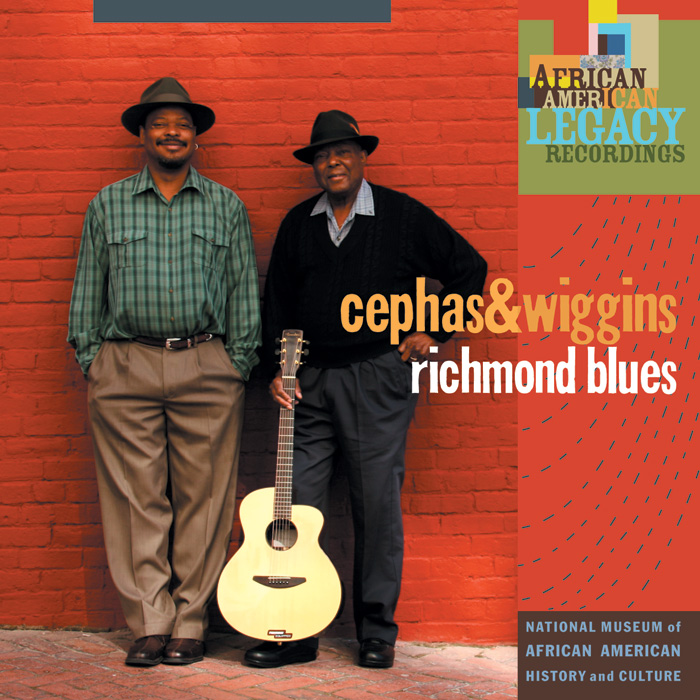 View Cart CD $14.98
View Cart Digital Download $9.99
In Richmond Blues, guitarist-singer John Cephas and his harmonica-player partner Phil Wiggins personify the century-old blues sound of the Piedmont, the Appalachian foothills running from Richmond to Atlanta. Drawing from roots of ragtime, ballads, country, old-time string band, rhythm and blues, and more, Richmond Blues is a musical roadmap of the Virginia Piedmont tradition. While Cephas calls it "part of my heritage, part of my soul," their sound is at the same time distinctly modern, a kind of "urban acoustic blues."