Let Me In Your Heart 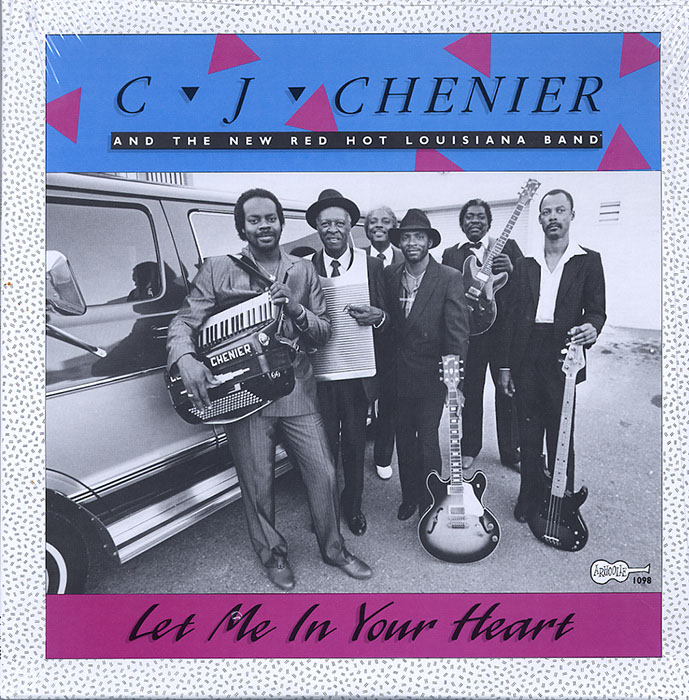 View Cart Vinyl LP $14.98
Sometimes called the “Crown Prince of Zydeco,” the son of Zydeco music legend Clifton Chenier, Clayton Joseph “C.J.” Chenier, joined his father’s band playing saxophone at age 21. After four years in the band, the senior Chenier taught his son to play the accordion in the Zydeco style. Upon the death of his father, C.J. assumed leadership of the Red Hot Louisiana Band. This recording is the first with C.J. as the band’s leader and the last with his uncle Cleveland on rubboard. A slightly different version of the recording is available on CD as My Baby Don’t Wear No Shoes (ARH01098).