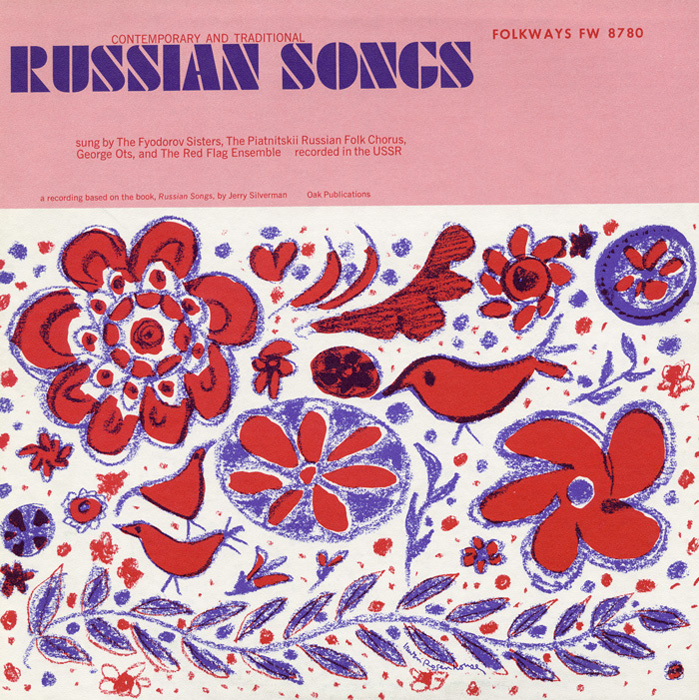 Released in 1967, this recording features both traditional and modern Russian folk songs. Drawn from recordings from the former Soviet Union, this album includes several contemporary songs written about World War II (“Buchenwald Alarm,” “The Sacred War,” and “Oh, The Fog”). The performers include The Fyodorov Sisters, The Piatnitskii Russian Folk Chorus, George Ots, and The Red Flag Ensemble. The liner notes provide lyrics in both Russian and English.