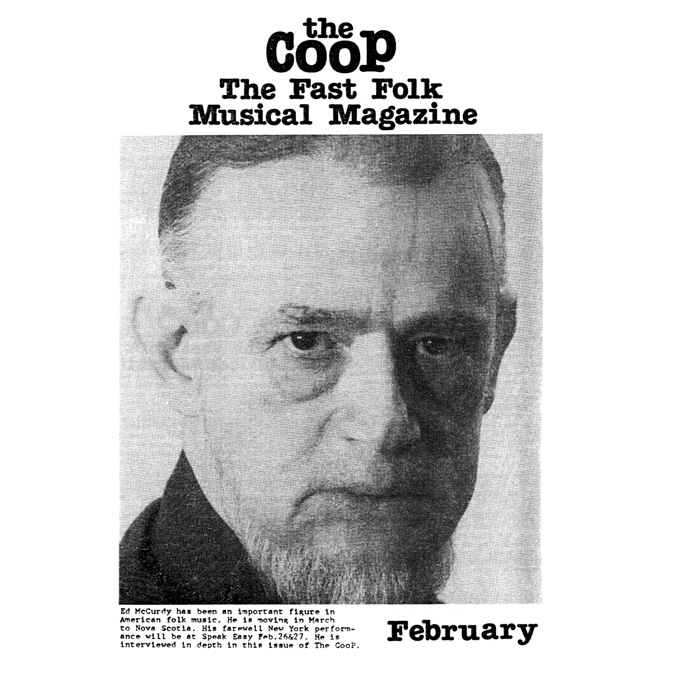 Fast Folk Musical Magazine, a cooperative dedicated to re-invigorating the folk music scene in the New York City area, released over 100 albums between 1982 and 1997, starting with this one. Among the artists discovered by the magazine were Shawn Colvin, Steve Forbert, Christine Lavin, and Suzanne Vega.

Volume 1 features the music of established folksingers Dave Van Ronk ("The Garden State Stomp") and Ed McCurdy ("Last Night I Had the Strangest Dream") as well as some of the first recordings by Suzanne Vega ("Cracking"), David Massengill ("On The Road to Fairfax County"), and Erik Frandsen's humorous "Howard Hughes' Blughes." Liner notes comprise the complete first edition (February 1982) of The CooP magazine. Included are song lyrics and a number of articles and artist interviews.