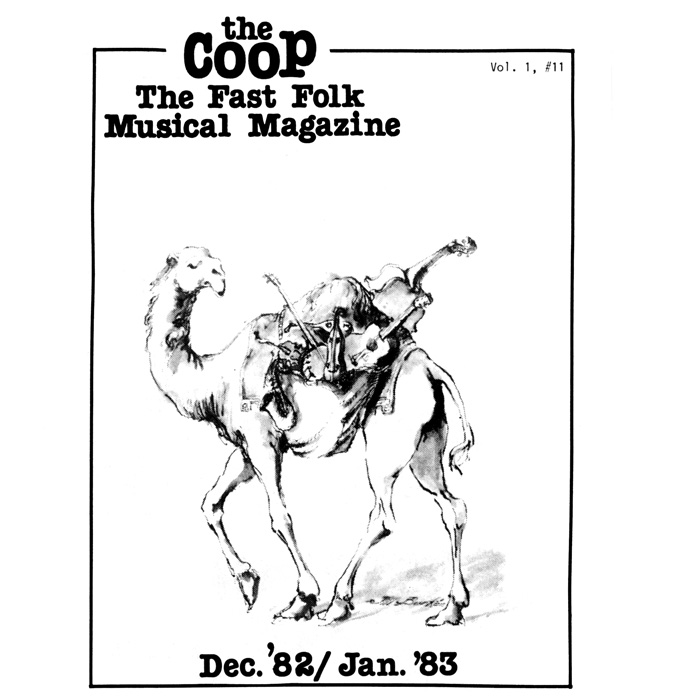 This is the eleventh in the long-running (1982–1997) series of recordings issued by Fast Folk Musical Magazine and takes listeners around the country: from New York City (“American Jerusalem” by Rod MacDonald) to the upper Midwestern plains (“Crazy Horse” by Josh Joffen), to Texas (“Texas Blues” by Lucy Kaplansky) and the far West (“High Sierra Range” by Richard Nardin). Also of note in this collection is the song “Revolution Merit Badge” by Peter Spencer, a response to David Massengill’s “Ballad of Bernadette Dohrn” (in Vol. 1, Number 10”. A 31-page edition of the CooP magazine featuring an interview with Pete Seeger accompanies the recording.