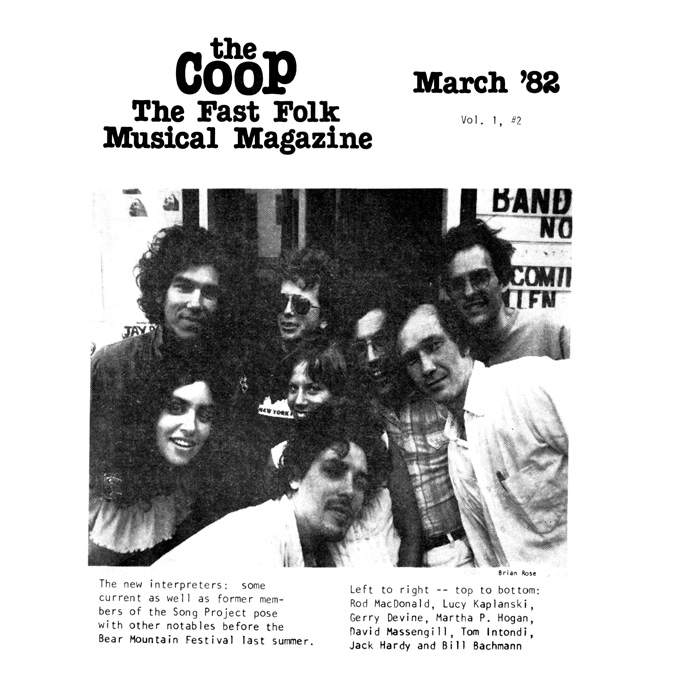 View Cart Custom CD $16.98
View Cart Digital Download $9.99
This is the second in the long-running (1982–1997) series of recordings issued by Fast Folk Musical Magazine, whose principal mission was to identify and develop a new generation of American folksingers and songwriters. In this collection of 12 songs, subtitled "The New Interpreters," songs include the new ("Calypso," written by Suzanne Vega and performed by Lucy Kaplansky), the traditional ("Come All Ye Fair and Tender Maidens," performed by Peter Siebel), the anti-war ("Honorable Men," performed by Rod McDonald), and songs of loss ("Factory Town," performed by Gerry Devine). Singers were encouraged to record their songs in a single "take." The liner notes consist of the complete March 1982 edition of The CooP magazine, with song lyrics.