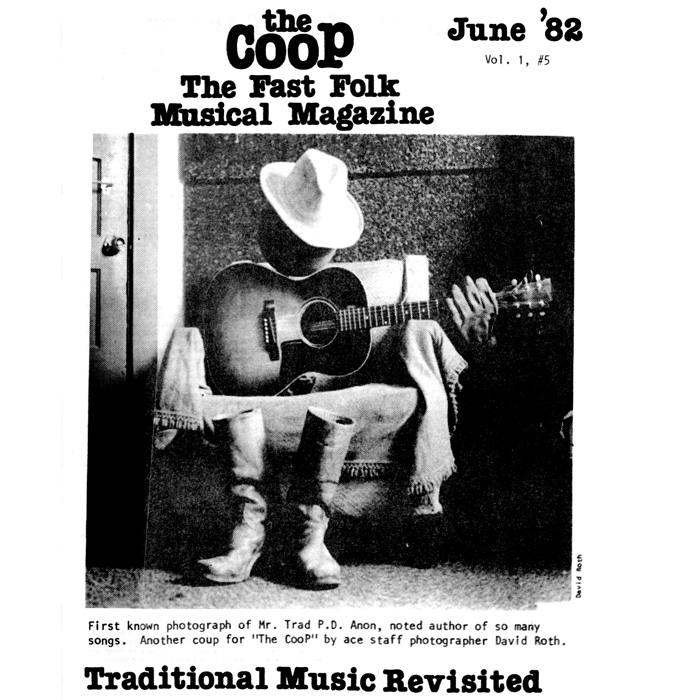 View Cart Custom CD $16.98
View Cart Digital Download $9.99
This is the fifth in the long-running (1982–1997) series of recordings issued by Fast Folk Musical Magazine, whose principal mission was to identify and develop a new generation of American folksingers and songwriters. This collection of 12 songs, subtitled “Traditional Music Revisited,” contains an assortment of new and traditional folk songs and includes tracks by Erik Frandsen performing the traditional Scottish song “McPherson’s Farewell” and Suzanne Vega performing her song “Gypsy.” Also of interest on this recording are performances by Christine Lavin (“Regretting What I Said”), Peter Tork (of Monkees fame) singing “I Truly Understand,” and the amusing word play of David Massengill’s “The Eunuch’s Lament.” The 32-page June 1982 issue of The CooP magazine accompanies this recording.