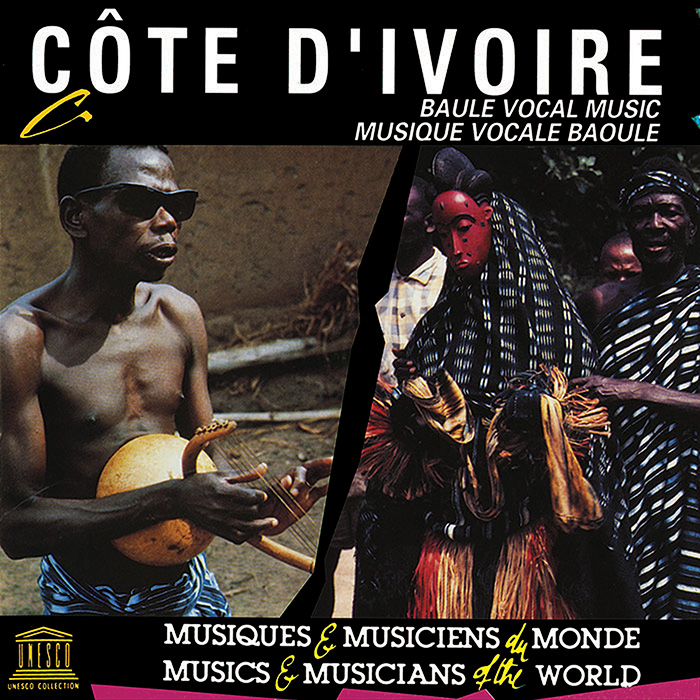 The liner notes relate the legend of Queen Aura Poku, who sacrificed her son to allow her people to cross a river to freedom. After her people were safely across the river, the queen could only repeat the word bauoli, meaning: the child is dead.

Queen Aura Poku and other legends are represented in Baule music, which is well known throughout Côte d’Ivoire. Two or more voices are usually joined by bells, rattles, and a variety of drums. They also use a fiddle and a harp-lute to accompany singers, creating layers of complex sounds. Although many children begin training in vocal polyphony at a young age, the finest musicians, especially singer-instrumentalists, are thought to have been chosen by the spirits. This album was recorded in 1965 and 1966.