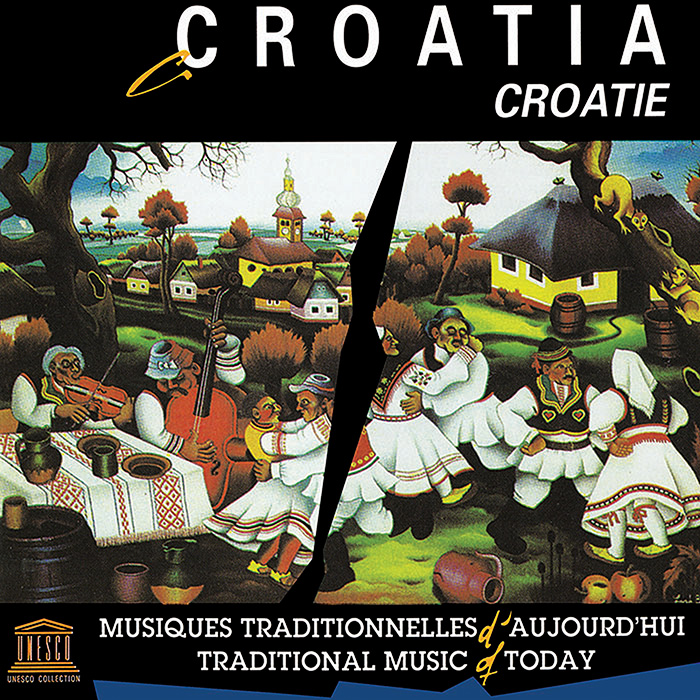 Croatia’s traditional music of today is the focus of this 1988 UNESCO release. In the liner notes, Svanibor Pettan, Secretary General of the International Council for Traditional Music, sheds light on the Croatian tradition’s contemporary evolution. One pair of recordings illustrates the stylistic changes that have occurred in a single place over time: two generations of performers from the same village sing in different styles (tracks 17–18). Another pair of recordings compares versions of the same song performed in two different places (23–24). A guslar, who traditionally invokes the exploits of historic (or mythic) heroes, here exhorts listeners to act on a contemporary problem, Croatia’s low birth rate. A traditional tune is arranged by professionals, and a new composition is based on traditional patterns. Twenty-six recordings from various musical regions and cultural communities, from city and village, explore not only the rich variety of Croatia’s traditional music but the dynamism of tradition itself.