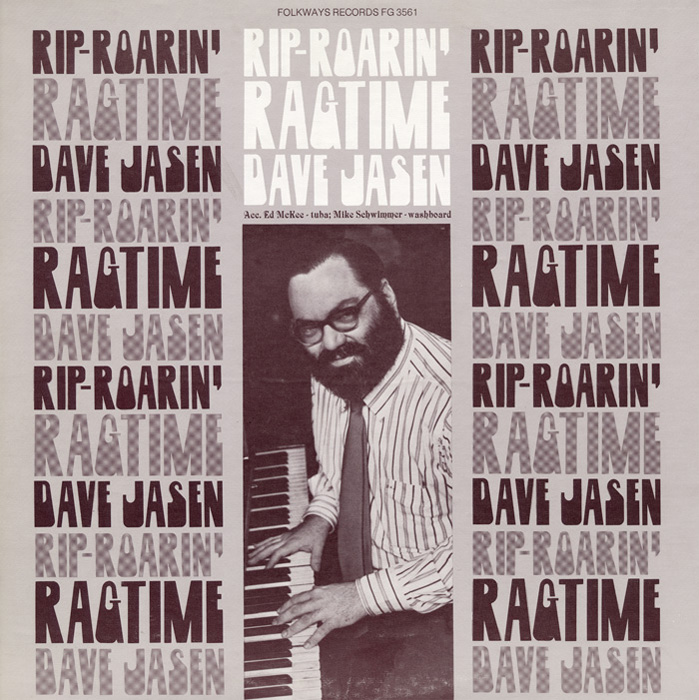 Recorded in St. Louis during the 13th Annual National Ragtime Festival in June 1977, David A. Jasen demonstrates why the New York Times called him a “walking (and sitting) encyclopaedia of ragtime lore.” With tuba and washboard accompaniment, he explores the entire spectrum of ragtime, from folk to novelty, including seven rags recorded here for the first time. Also included are Jasen’s own interpretations of some rarely recorded Scott Joplin and James Scott pieces (“Fig Leaf Rag” and “Ophelia Rag,” respectively). He artfully combines his dedication to ragtime with his proven musical ability to create two imaginative rags of his own (“Macadamian Scuffle” and “Somebody’s Rag”).

Liner notes include a brief biography and notes about the songs.