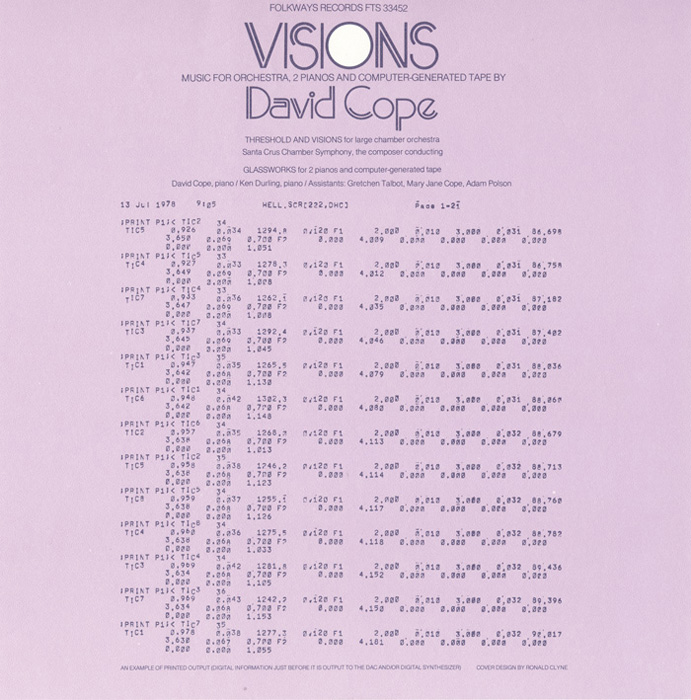 View Cart Custom CD $16.98
View Cart Digital Download $7.44
This 1979 record is a five-movement composition for large chamber orchestra by David Cope. First presented by the Santa Cruz Chamber Symphony in 1978, the work attempts to demonstrate the relationships between sound and physical space and to translate them to recorded sound as well as performance. The tapes in the piece were composed at Stanford’s Artificial Intelligence Laboratory and were “spliced” digitally rather than physically. Liner notes contain drawings of the way that Cope uses structure and sound, figures explaining the synthesizer’s digital reading, a short biography of Cope, and an explanation of the piece.