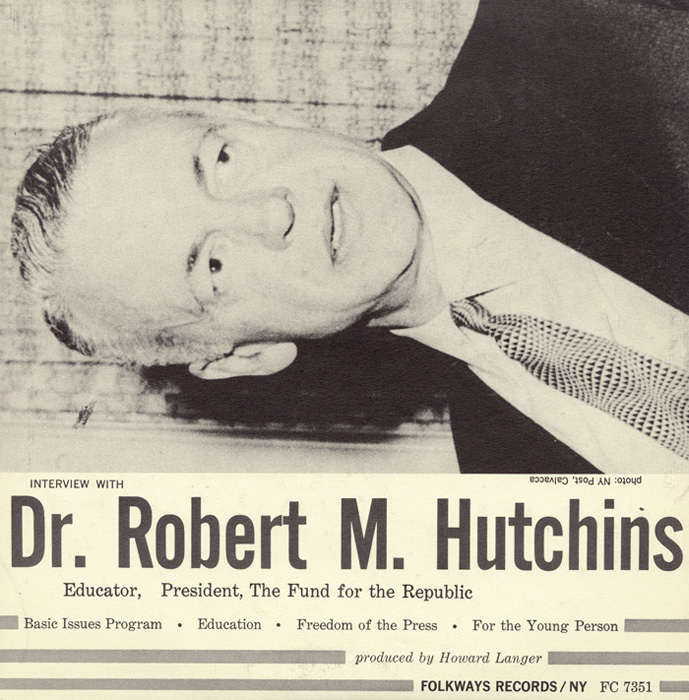 View Cart Custom CD $16.98
View Cart Digital Download $5.95
Educational philosopher Dr. Robert M. Hutchins (1899–1977) is interviewed by journalist Howard Langer in this 1958 recording. At the time of the interview, Hutchins, the former president and chancellor of the University of Chicago, was the president of the Fund for the Republic, which he described as a foundation dedicated to “defending and advancing the principles of the Declaration of Independence, the Constitution and the Bill of Rights.” Dr. Hutchins discusses issues the Fund sought to understand and address that “the founding fathers never contemplated,” including large government bureaucracy, mass media communication, and labor unions. Dr. Hutchins also talks about his ideas for improving education in America, first and foremost by finding ways to “indicate that education is a serious matter.” Liner notes include a transcription of the interview.