Fast Folk Musical Magazine (Vol. 6, No. 1) Shut Up and Sing the Song: The Songwriter's Exchange 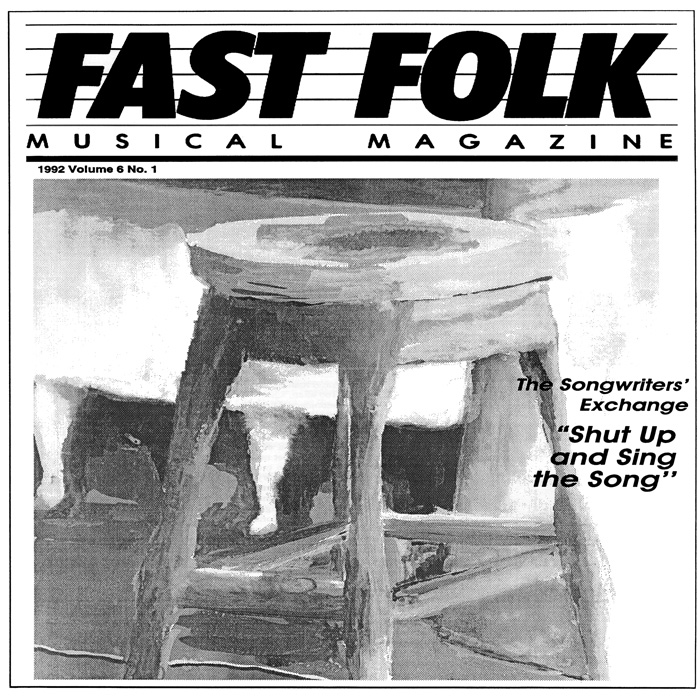 At the Songwriters Exchange, which was begun in New York City in 1977, aspiring folk song writers would meet on a weekly basis at the apartment of Fast Folk Musical Magazine founder Jack Hardy to try out new songs and to improve their songwriting skills. When they went on too long in introducing a new work, Hardy would be known to shout, “Shut up and sing the song.” Hardy himself opens this edition of the magazine with a love song, “The Black Hole.” He is followed by newcomer Melissa Rosen singing “Scarecrow,” another song about love. Along the way David Massengill sings of gangs and the city (“Bloods and Crips”), yet another love song. The set closes with “Fever,” a love song by Margie Rylatt. A facsimile of the magazine is included.