Phono-Cylinders, Vol. 1: Edited by and from the Collection of George A. Blacker 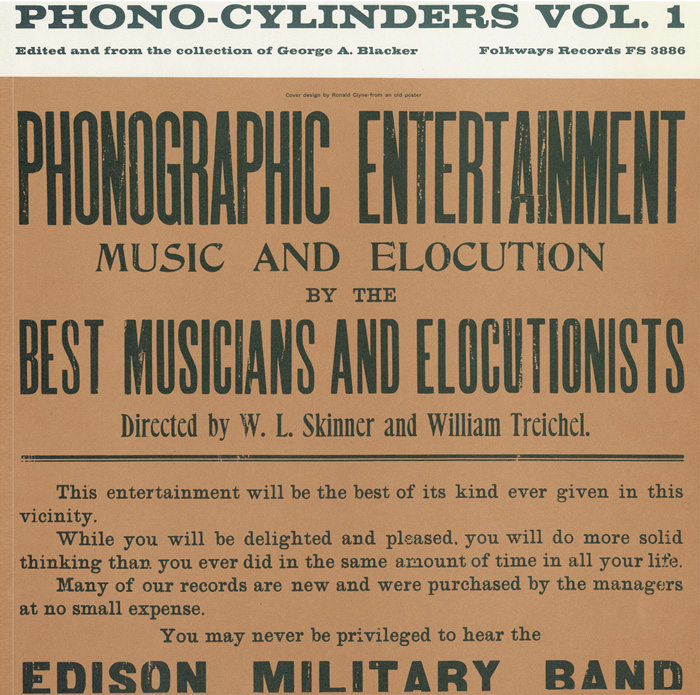 View Cart Custom CD $16.98
View Cart Digital Download $9.99
This album contains 14 tracks of music and spoken word recorded on cylinders in the first decade of the 20th century. With clear and distinct overall sound quality, the release―part one of a two-volume set―includes excerpts of campaign speeches from the 1908 presidential election by William Jennings Bryan and William Howard Taft, recordings of military and symphonic bands, and a ragtime composition featuring a drum solo. George A. Blacker was a private collector of early British and American recordings. The liner notes provide background information about each recorded track as well as an informal history of sound recording.