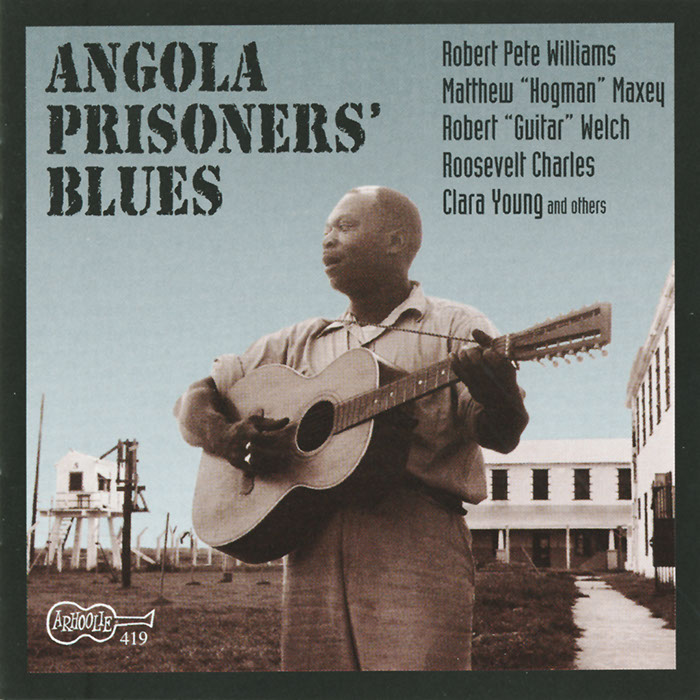 View Cart CD $14.98
View Cart Digital Download $9.99
Angola Prison, officially known as the Louisiana State Penitentiary, is one of the largest maximum security prisons in the country. In the 1950s, LSU English professor Dr. Harry Oster recorded a series of music performances by African American prisoners at the infamous facility. The performances, many by prisoners serving life sentences, are full of despair and raw emotion. Included in this collection are a cappella selections by three female prisoners (Angola housed both male and female prisoners until 1961). Part of the royalties from this collection go to the Inmate Welfare Fund at the Louisiana State Penitentiary.