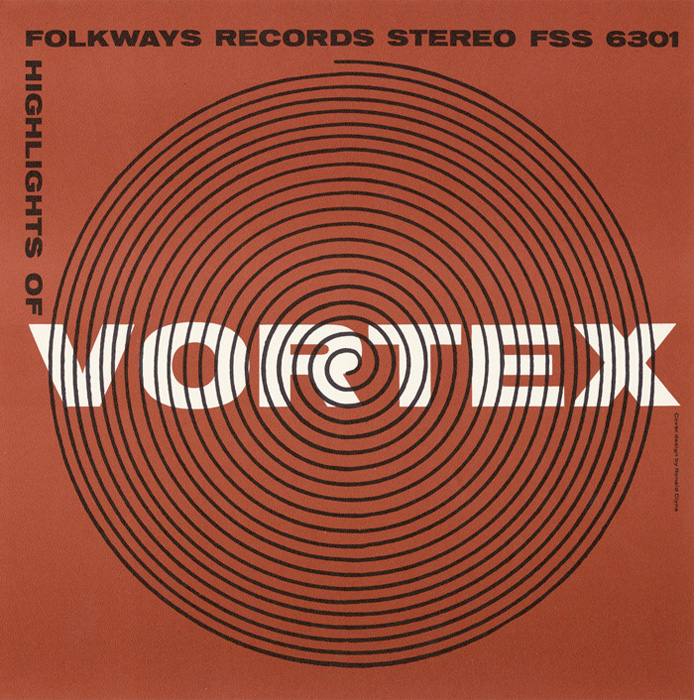 View Cart Custom CD $16.98
View Cart Digital Download $9.41
This record functions as the 1959 avant-garde score for Vortex, a music/film production shown in the Morrison Planetarium in San Francisco. One of the first multimedia events of its kind, this performance includes tracks that were constructed for playback on a 38 speaker system by several different musicians/engineers. According to the Center of Visual Music, the performance created a "type of immersion environment [that] had never been created before".

Artists include Henry Jacobs, Gordon Longfellow, David L. Talcott, and William Loughborough. This electronic music is primarily in the style of Musique Concrete – a genre that features a wide array of sounds recorded to tape and then arranged in a specific order – but more traditional instruments are heard on this recording as well.