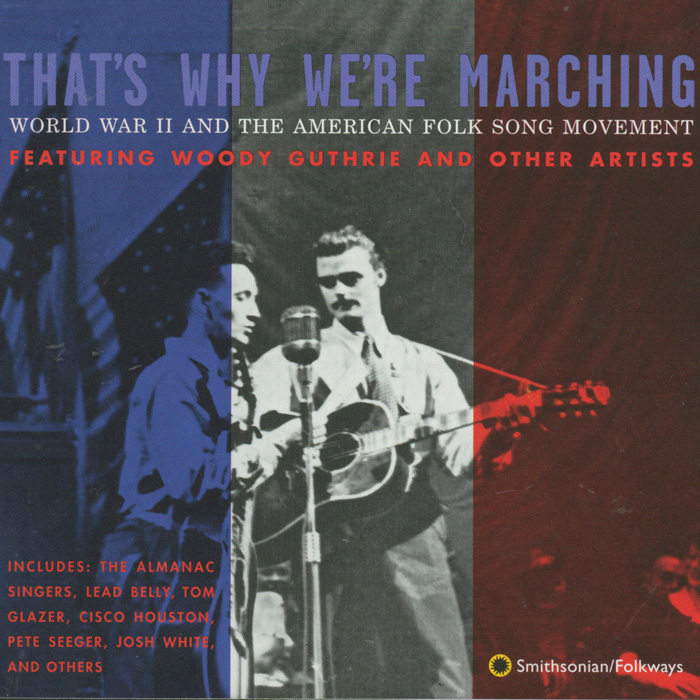 View Cart CD $14.98
View Cart Digital Download $9.99
Artists include Woody Guthrie, Almanac Singers, Lead Belly, Tom Glazer, Cisco Houston, Pete Seeger, Josh White, Burl Ives, and others. Few people have heard these songs composed and sung from 1940 to 1945 by artists primarily known for their influence on American folk music after 1945. Both the protest songs and the pro-war songs are assembled for the first time in this historic compilation; they present the conflicts, the hopes, and the way songs were used to raise morale during World War II. 25 tracks, including Mr. Hitler, Talking Sailor, Ballad of October 16, and Sinking of the Reuben James. Notes include artist biographies and bibliography. Compiled and annotated by Jeff Place and Guy Logsdon. "A great slice of history...also a great musical performance." — Daily News