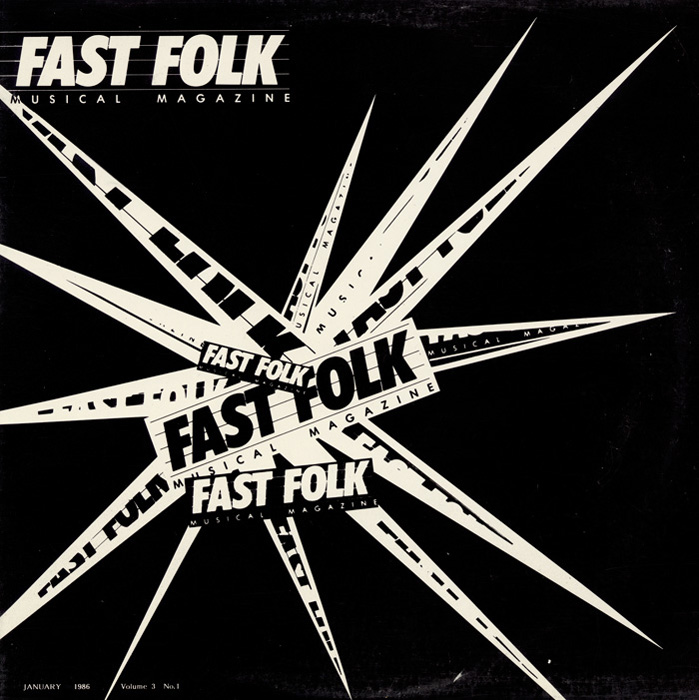 Fast Folk Musical Magazine was a combination of print magazine and audio recording published in New York City from 1982 to 1997. Its principal purpose was to serve as an outlet for folk singer/songwriters in the release of their recordings. This collection features both established performers (Richie Havens singing “Stop” and Gabriel Yacoub singing “Je Resterai Ici”) and relatively unknown musicians (David Ray singing “Cab Fare and Perfume” and Judith Zweiman singing “Heart on Ice”). Two songs of note are Rod MacDonald’s “Man with the Hired Face”, a political song clearly aimed at President Ronald Reagan, and Left Field’s “Chiller Theatre”, a song about the whereabouts of an errant boyfriend. A 20 page facsimile of the magazine is included with the recording.