Songs of Assam, Uttar Pradesh, and the Andamans 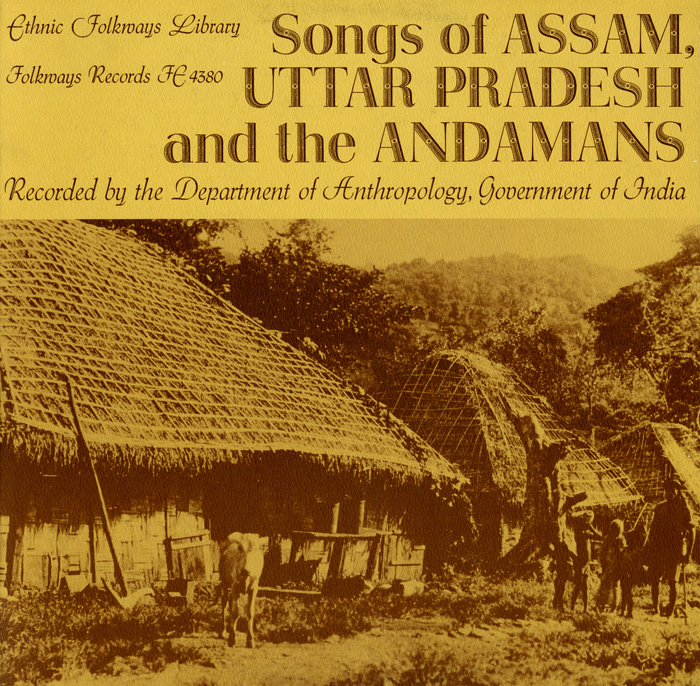 This recording, made by the Government of India’s Department of Anthropology and released by Folkways in 1960, is an introduction to village music in Northeastern India. Most of the tracks are primarily on songs from Assam, with recordings from the villages of Mebo, Balek, and Damroh in the Abor Hills and Kohima in the Naga Hills. There are also two recordings by the Jansari people of Uttar Pradesh and one of singing in the Andaman Islands. Liner notes contain explanations and context for each of the songs, as well as English translations of the lyrics.