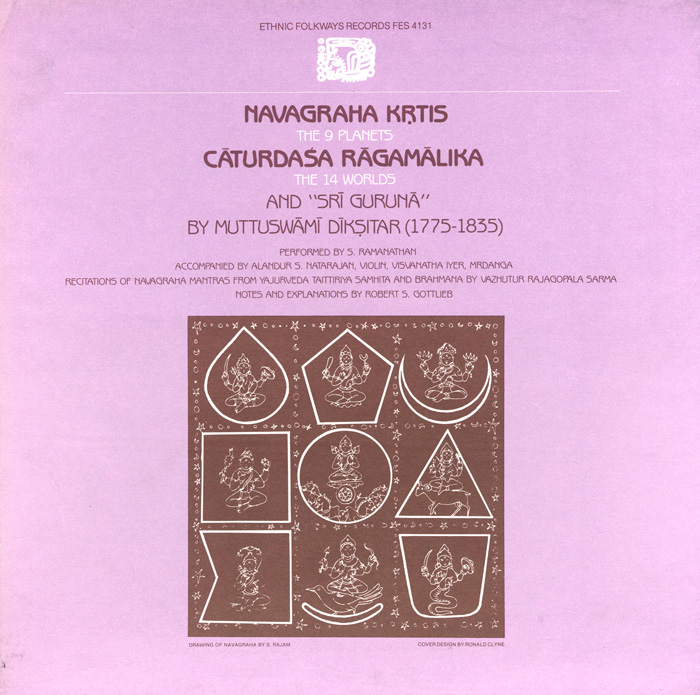 View Cart Custom CD $21.98
View Cart Digital Download $19.98
Muttuswami Diksitar was one of the “Carnatic trinity,” the three most renowned composer-musicians of the South Indian classical tradition. On this album, singer S. Ramanathan performs three Diksitar works, accompanied by Alandur Natarajan on violin and Visvanatha Iyer on mrdanga (a type of drum). The first is “Navagraha Krtis,” nine kṛtis based on the planetary deities and their presence in Hindu mythology; the second is “Caturdasa Ragamalika,” a “garland of fourteen ragas” in praise of Visvanathan, Lord of the Universe; and the final is “Sri Guruna,” a work based on theories of the universe and the worlds within. Liner notes contain a detailed introduction to Carnatic music, a biography of Muttuswami Diksitar, and comments on the words and music in the album, including English translation of the Sanskrit texts.