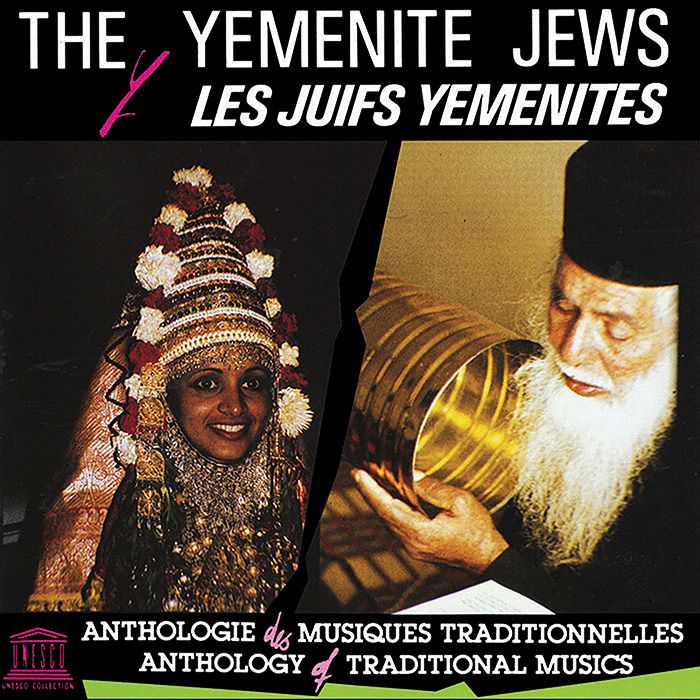 View Cart Custom CD $16.98
View Cart Digital Download $9.99
After the destruction of the First Temple in Jerusalem in 586 BCE, a group of Jews settled in Yemen. They remained in exile, sometimes prosperous but frequently persecuted, until the 19th century.  They then began to return to what is now Israel, first in small numbers and later in an organized wave with the establishment of the Jewish state in 1948. They brought with them a rich heritage of religious, secular, and devotional (diwan) music, the last of which includes both religious and secular subjects. Every Jewish community in Yemen had its own diwan, consisting of works from the renowned medieval Spanish poets of the Golden Age of Hebrew poetry, as well as original writings from community members. These poems, in the Hebrew, Aramaic, and Arabic languages, were intended to be sung or chanted. According to the album’s compiler Avner Bahat of the Jewish Music Research Centre, the Yemenite diwan is “the richest and most valuable of all.” Eleven poems are presented in this 1976–77 recording. Structurally, the diwan is divided into three sections: nashid(an improvisational response sung without music or dance accompaniment), shira(the primary singing section featuring dance and rhythmic accompaniment on tin cans or copper plates), and hallel(a song of praise restricted to two or three notes around the tonic).