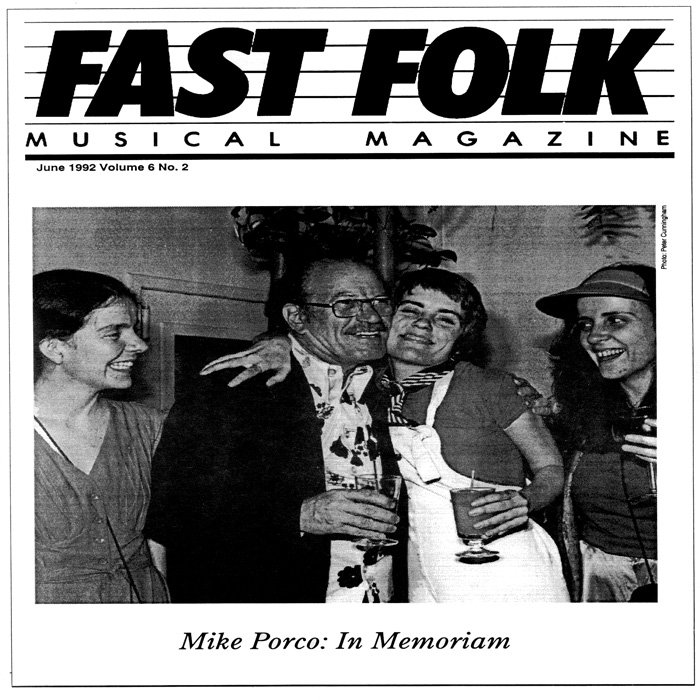 From 1960 until his retirement in 1980 Mike Porco was the owner of Gerdes Folk City, a restaurant and club in Greenwich Village that was recognized as an important folk music venue. Emmylou Harris, Peter, Paul and Mary, Bob Dylan, and many others performed there early in their careers. This edition of Fast Folk Musical Magazine notes Porco’s passing with remembrances from many of the Fast Folk musicians who had performed at the club.

Among those contributing songs to this edition are Richard Julian (“Slow New York”), Germana Pucci (“Last Song Sung”), Frank Christian (“Dancing in the Kitchen”), Caroline Westfall (“Something Old, Something New”) and Jim Infantino (“Soldiers’). A 20-page facsimile of the magazine is included.