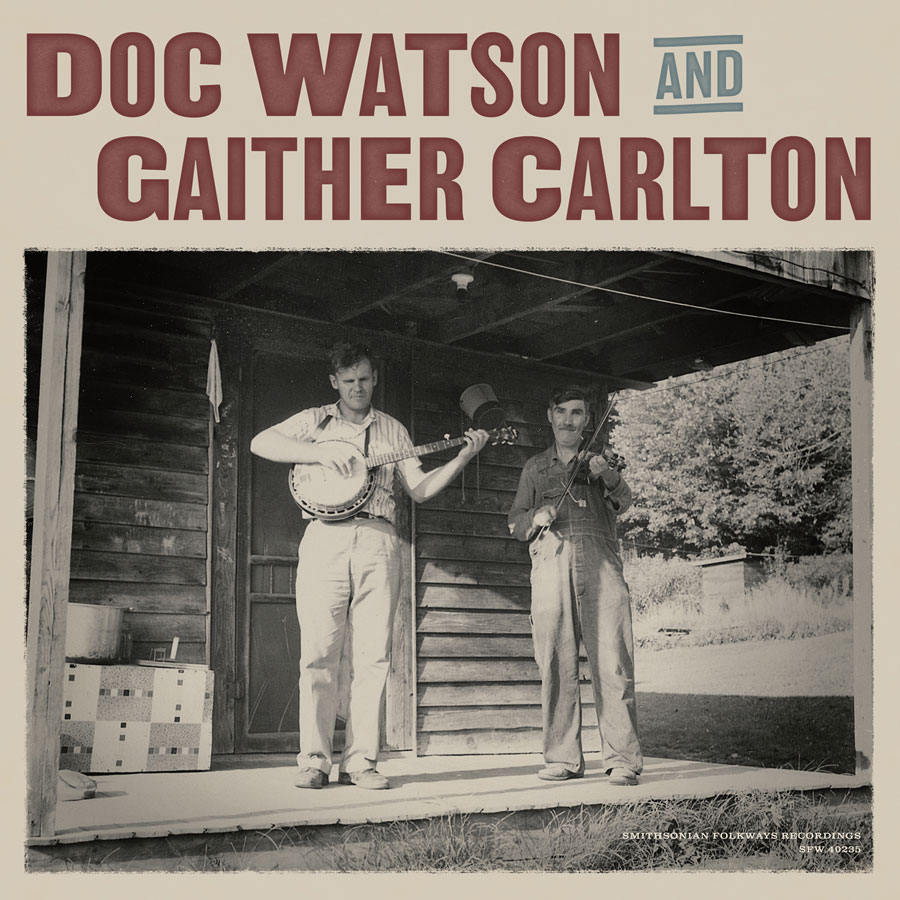 Doc Watson and Gaither Carlton is a new album of old-time music produced from archival recordings by two legendary musicians. These largely unheard tapes were recorded at Doc Watson’s two earliest concerts, presented in New York City’s Greenwich Village in 1962. Those shows were among the rare appearances Doc’s father-in-law, fiddler Gaither Carlton, made outside of North Carolina. The instrumental pieces, including Gaither’s signature tune “Double File,” include intricate musical interactions developed through years of family music-making. On the songs and ballads, Doc’s instantly recognizable baritone voice is accompanied by his own guitar and Gaither’s fiddle, or by the traditional combination of fiddle and banjo. Shortly after these recordings were made, Doc Watson embarked on a career as one of America’s premier acoustic guitarists, earning the National Medal of Arts and eight Grammy Awards.