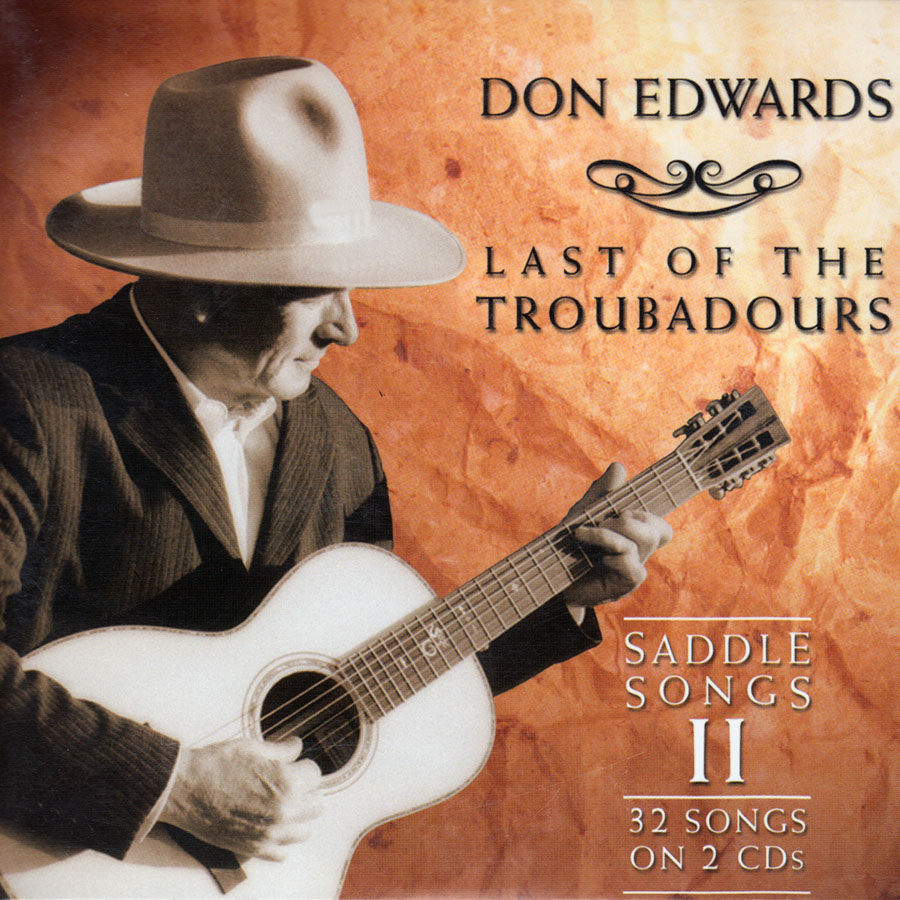 View Cart Digital Download $19.99
View Cart Custom CD $21.98
Following Saddle Songs, Don Edwards’ 1997 release, Last of the Troubadours: Saddle Songs II presents another thirty-two-track collection of new and historic cowboy music performed by the renowned Western musician and heritage caretaker. Made up mostly of traditional songs, Last of the Troubadours also features songwriting from Paul Zarzyski, Jimmie Rodgers, and others, demonstrating the lineage between the early cowboy songs of the 19th century and the modern Western singers who continue to carry the flag. Last of the Troubadours was originally released by the Western Jubilee Recording Company in 2004.