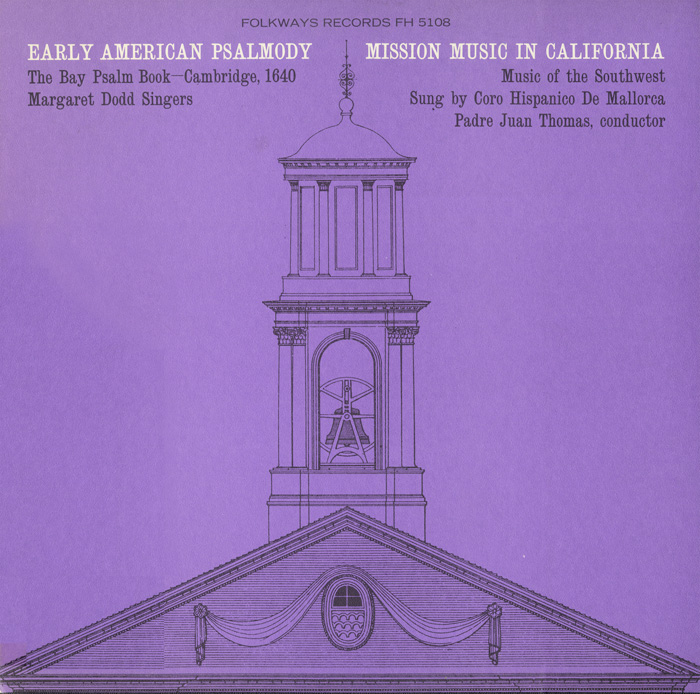 The first half of this collection, sung by the Margaret Dodds singers, is of music taken from the first book ever printed in what became the United States of America—The Bay Psalm Book. In keeping with tradition, there is a cantor who sings a small portion of the psalm which is then repeated by the congregation (a practice born out of necessity as there would otherwise not have been enough song books for everyone to share).

The second half of the album, performed by Padre Juan Thomas and Coro Hispánico de Mallorca, speaks to the role that music played in the conversion to Catholicism of Native Americans, by the Franciscans, during the 18th century.