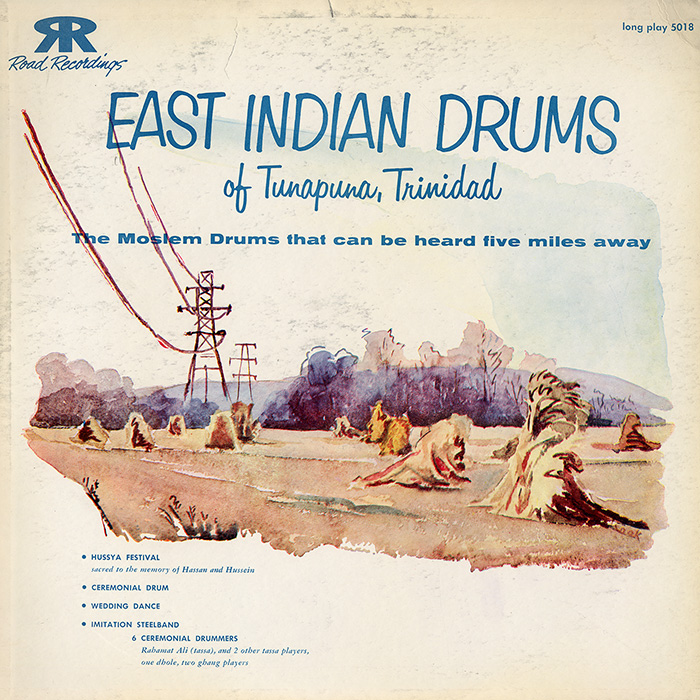 View Cart Custom CD $16.98
View Cart Digital Download $5.96
The East Indian presence has not completely dissolved into the Trinidadian soil; remarkably, though one might think first of the African elements imported to the West Indies, East Indian traditions have remained strong from the time European colonizers first brought a work force from Asia to the Caribbean after the abolition of slavery in the mid 19th century. This explains why these Islamic drumming practices have been recorded in Tunapuna. The six-man ensemble plays three tassas (small drums about the size of snare drums), two ghang (cymbals) and the dhole (a small but deep bass drum slung around the neck of the player).