The Stars and the Lily: French-American Influences and Interaction in Colonial Times in Song 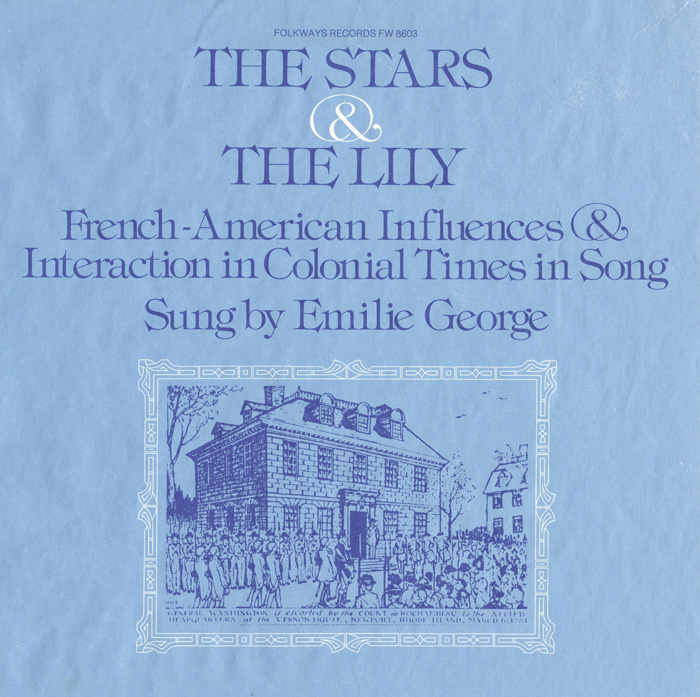 This album explores the ties between the United States and France in the 18th century, when Enlightenment ideas fostered revolutions in both countries. France’s many contributions during the American Revolution were influential in the creation of the United States. People from France—Acadians, Huguenots, French Revolution émigrés—found refuge within America’s borders. It is no wonder that the relationship between the two nations can be so easily heard in the music and poetry of the era. Songs in French and English express shared values and experiences that joined the “stars” of America and the lily (fleur-de-lis) of France.

Liner notes provide lyrics and background information about the songs in this collection.