Bentley on Biermann: Songs and Poems of Wolf Biermann 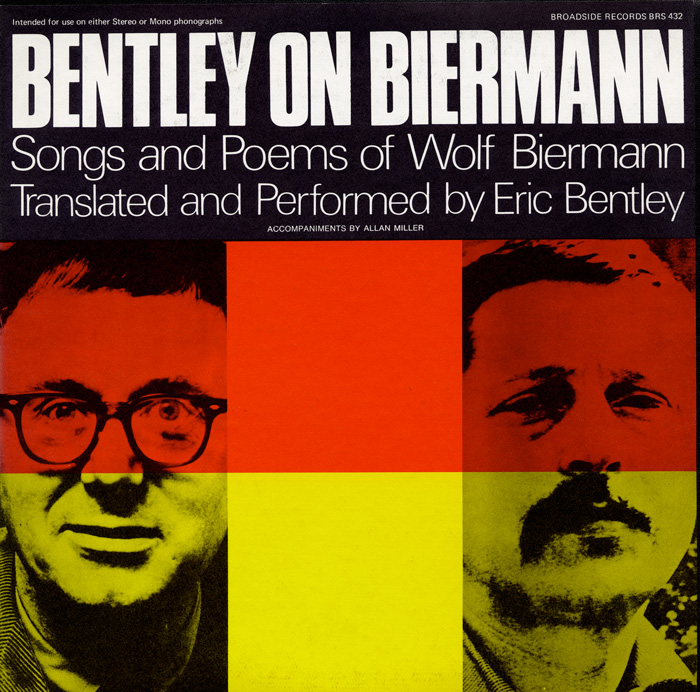 View Cart Custom CD $16.98
View Cart Digital Download $9.99
Poems by 20th-century German poet Wolf Biermann are preformed in English by the British-born American singer and playwright Eric Bentley. Biermann, born in Hamburg and a member of the Communist party, sympathized with East Germany, and moved there in 1953. Outspoken and occasionally critical of the Communist government, Biermann was in turn heavily criticized in the official Communist newspaper Neues Deutschland, which described his poetry as “anarchistic” and “politically perverse,” despite Biermann considering himself a “good” Communist being ruled by “bad Communists.” The liner notes of this 1968 album include a description of Biermann’s life, selected English texts, original German song and poem text, and news clippings.