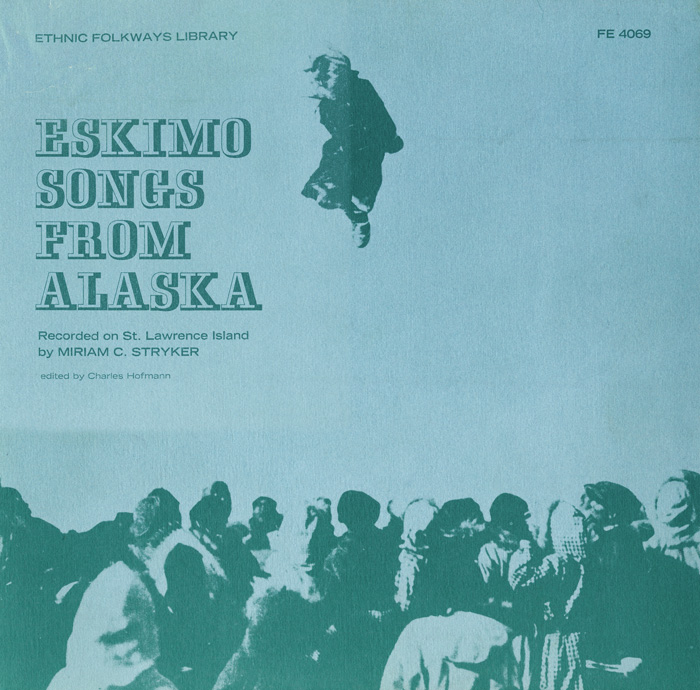 Recorded on St Lawrence Island by Miriam C. Stryker in 1966 this album features songs from the Yup'ik people who have long occupied the Island and who live in two separate villages Savoonga and Gambell. Yup'ik legend tells of the Island’s formation: "The Sea Goddess, picking up a handful of ooze from the bottom of the sea, squeezed it between her fingers, forming mountains that are part of its interesting terrain." This rugged terrain means a hard life for a people who live off the land. The songs relate through subjects such as hunting, fishing, boats, animals and the like. The lyrics are often very sparse and sometimes the song consists solely of chanted syllables. Liner notes include history of the Yup'ik and song information.